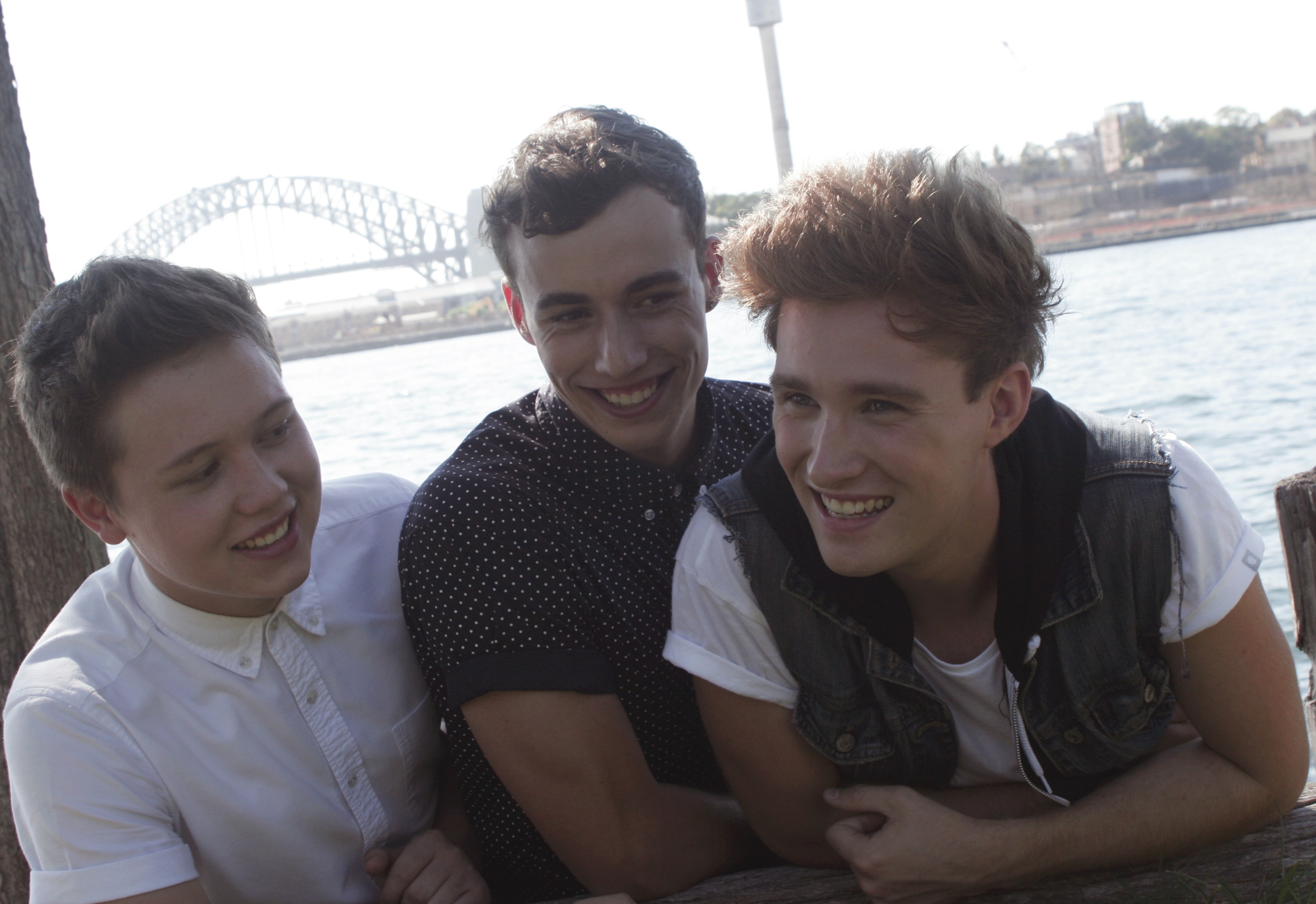 Last time I posted something it was the “sneak peek” for this article.  Recently I had an awesome opportunity to interview Sydney-based band, YouForMe.  Max (singer/guitarist), Milo (bass) and Jack (drums/singer) happily answered my questions over the phone.

After introductions I jumped straight into the topic of their new single ‘Tonight’.  I asked Max what the process was to create the new single.  He told me that he wrote the chords and the melody, then showing Milo and Jack, who help the song get the “feel” it has now.  After seeing the video clip (many times) all I can think about, when I hear the song, is being at the beach on a warm day just as the sun is setting with fairy lights strung above me blending in with the now showing stars (cheesy date scene anyone?)  The song does have a meaning/inspiration of only having one night to tell someone how you felt.  *Major swoon*

The official film clip took two days to film, which included an early morning start to record the beach scene and the night scene being filmed the next day.  Seeing as some footage didn’t make the final cut I was curious to find out if there was anything they wanted in the film clip.  Max said it was more like ‘what could you get out of the final cut?’ (like Milo’s little dance, but that gets the “awww” factor from me).

In the video you can see Jack and Milo playing instruments, I asked if there were any other instruments they could play.  Other than drumming, Jack can sing and play some guitar, Milo can play guitar, bass and is learning to play drums and Max plays some drums, guitar, piano and some other instruments (are these guys talented or what?).

After recording a new song every band dreams to have it played on the radio, YouForMe have been played on the Bump-In.  Fans tweeted the shows twitter requesting for ‘Tonight’ to be played and succeeded!

Seeing as YouForMe have a new single out I wanted to know about their ‘guilty pleasure’ songs.  Jack said he had a few so it would take a while to get through them.  There’s probably a lot of terrible, trashy 90’s pop songs Max listens too and Milo just jumped in and said the latest Avril Lavigne song (‘here’s to never growning up’).

Just as we were wrapping up the interview I felt as if I should ask if they were single and. . . .THEY’RE ALL SINGLE!  (feel free to celebrate).  After this information I was obliged to ask them if they could serenade me, unfortunately it didn’t happen because of the way the call was, but you can’t blame me for trying!  I’m looking forward to meeting YouForMe in person.

If you aren’t following the bands twitter (@YOUFORMEtweets) the boys will be doing a few promotional shows in shopping centres around Australia.  The boys also have personal twitter accounts (@jack_thomsett @maxwilkinson @miloferris).

If you want to keep updated with what the band is doing you can also go to their  Facebook or there YouTube where the post covers and other videos.