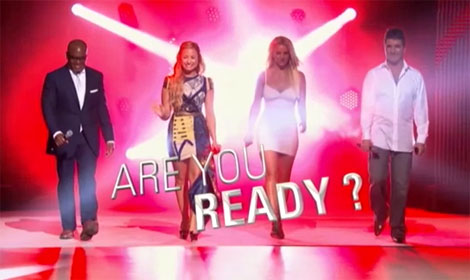 The X Factor has officially been canceled by Fox.

Simon Cowell is set to return to the U.K. version of the reality singing competition after Fox decided not to renew its U.S. counterpart for a fourth season, the network announced on Friday, along with Syco and FremantleMedia North America.

“I’ve had a fantastic time over the last 12 years, both on The X Factor and American Idol. And apart from being lucky enough to find some amazing talent on the shows, I have always had an incredible welcome from the American public (most of the time!),” Cowell, who served as a judge and producer, said in a statement. “Last year, for a number of reasons, I had to make a decision to return to the U.K. version of The X Factor in 2014. So for now, I’m back to the U.K. and I want to thank Fox for being an incredible partner and I also want to thank everybody who has supported my shows. America, I’ll see you soon!”

“To all of us at Fox, Simon is more than one of the most prolific TV personalities of our time–he’s part of our family. A consummate showman and partner, there’s no one more passionate or creative than Simon, and we feel so fortunate to have enjoyed such a wonderful, collaborative relationship with him over the past 12 years,” Fox boss Kevin Reilly said. “Unfortunately, there is no X Factor USA without Simon Cowell, but we understand and support his decision to focus on the international formats and on the next phase of his personal life. We wish him the very best, and it’s our sincere hope that we work together again soon.”

The X Factor‘s cancellation shouldn’t come as much of a surprise, given its lackluster ratings throughout its three-season run on Fox, as well as its constant judging shakeups.Nicole Scherzinger and Paula Abdul left the judges’ table after season one, with Britney Spears and Demi Lovato taking their seats. After season two, L.A. Reid exited the series, with Kelly Rowland and Paulina Rubio filling the void. Lovato announced her exit from the series prior to the season three finale.

At the 20114 Winter TCA Press Tour, Reilly talked about the series’ uncertain future,admitting that The X Factor was “underperforming this year, Simon I think would admit that…the ratings were not what we hoped.”

Trish Kinane, president and executive producer of FremantleMedia North America, also issued a statement on The X Factor‘s U.S. run coming to an end. “The U.S. version of The X Factor has had a great run dominating the social media charts and discovering internationally successful artists, but Simon’s return to the U.K. X Factor has been long anticipated,” she said. “We have long-running partnerships both with FOX and Syco Entertainment and very much look forward to what the future holds for our ongoing relationships with them.”

The X Factor‘s season three finale, which saw Alex & Sierra taking home the grand prize, attracted just 6.2 million viewers and a 1.7 rating in the all-important adults 18-49 demo, which was down over 35 percent from the season two closer.