WWE Superstar Daniel Bryan: This could be the end of my WWE Career 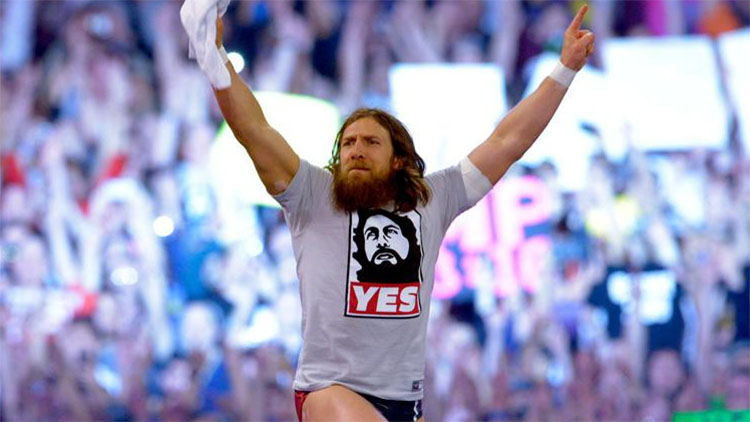 WWE Superstar Daniel Bryan was on a media tour for the company. When asked about his return to WWE, Bryan said this:

Bryan has been cleared by his own independent doctor, but WWE is being much more strict and not allowing Daniel return to active competition. Ben Henderson is a UFC fighter who says that Daniel Bryan has been training in MMA and is actually quite good.

“He was out with some injuries in WWE,” Henderson told Sporting News. “He came to our gym and moved up to blue belt in jiu-jitsu under my coach John Crouch. Every time I go in there, he’s working his butt off. I heard he was pretty strong and actually surprised me with how technical he is. A lot of guys have a hard time learning all those techniques. I heard he was really great at being able to use his technique and not relying on his strength. He’s smooth and does jiu-jitsu really well.”

We hope to see Daniel Bryan back sooner rather than later.