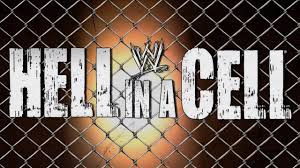 During WWE’s Nigh of Champions PPV Paul Heyman announced that Brock Lesnar will facing the Undertaker in a Hell in a Cell match!

During tonight’s Night of Champions pay-per-view (PPV) on the WWE Network, Paul Heyman narrated a video package laying out Brock Lesnar’s plans in the month of October. On top of his match with Big Show at the Madison Square Garden house show special on Oct. 3, he’ll also appear on the Stone Cold Podcast on Oct. 19.

But that’s not all.

Indeed, it was also revealed he will have yet another match with Undertaker, this one as the main event of the Hell in a Cell PPV on Sun., Oct. 25, 2015, at the Staples Center in Los Angeles, California.

Taker and Lesnar have squared off in a Hell In A Cell in the past, so this should be a good one!