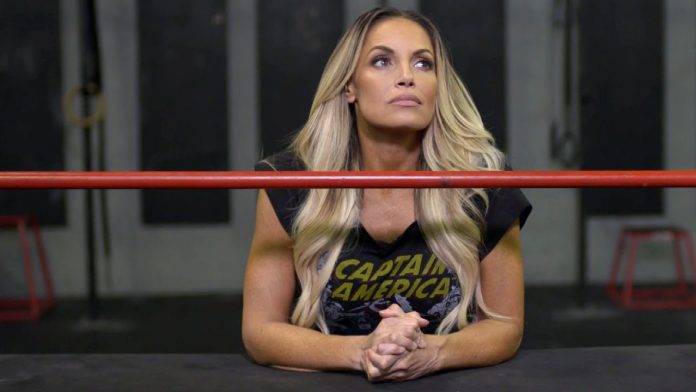 WWE Hall of Famer Trish Stratus has expressed interest in returning to WWE as an Authority Figure, SEScoops reports.

On her appearance on For The Love of Wrestling podcast, Stratus was asked about possibly coming back to WWE as an on screen figure.

Stratus also said that she would like to have another run as a heel on WWE tv.

“I always say if I go back, the one thing I’m missing is a heel run so that would be kind of fun, you know?”

Would you want to see Trish Stratus back on WWE tv?