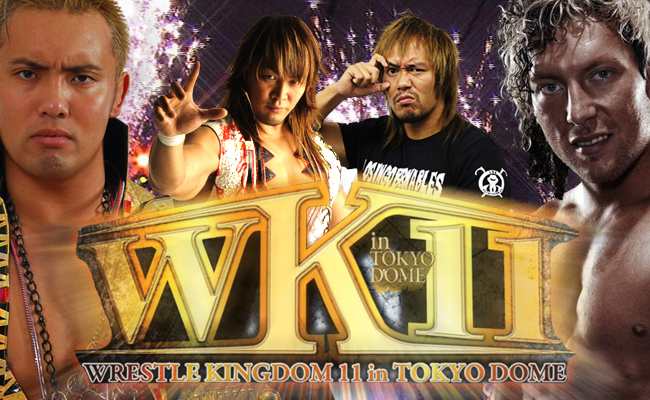 AXS TV is proud to announce it will premiere New Japan Pro Wrestling’s biggest show of the year, “Wrestle Kingdom 11,” in a four-part TV event starting Friday, Jan. 13, the week after it takes place at the Tokyo Dome in Tokyo. In addition to WRESTLE KINGDOM 11, AXS TV also renewed the popular weekly wrestling series for over 50 episodes in 2017 and it will premiere an hour earlier at 8pE/5pP.

The second episode on Friday, Jan. 20 will feature the scheduled co-main event match between NJPW legend Hiroshi Tanahashi and IWGP Intercontinental Champion Tetsuya Naito. The scheduled matches for the final two episodes from WRESTLE KINGDOM 11 will be announced at a later date.

“The response and critical acclaim for the NEW JAPAN PRO WRESTLING weekly series has exceeded our wildest expectations and we are looking forward to furthering our relationship in 2017,” said AXS TV FIGHTS CEO Andrew Simon. “We appreciate that TV Asahi and New Japan Pro Wrestling are allowing us to broadcast WRESTLE KINGDOM 11 to their loyal fans in the United States just a week after the event in Japan. This is a huge step for our companies and we hope to offer more events in this timely format in the future.”

“Wrestle Kingdom is a pro wrestling broadcaster’s dream event,” said Ross. “It’s the Japanese equivalent to the Super Bowl. The biggest NJPW stars in the most important bouts on the most lucrative card of the year where everyone brings their ‘A’ game in the Tokyo Dome!”

“Wrestle Kingdom is one of the greatest events in the world of professional wrestling year after year!” said Barnett. “The Tokyo Dome sets the stage for the biggest and best New Japan has to offer.”

Opinion: AXS TV is doing a great job at making New Japan Pro Wrestling feel like a main priority for them. I just hope to see a better turn around on getting fresh content out.