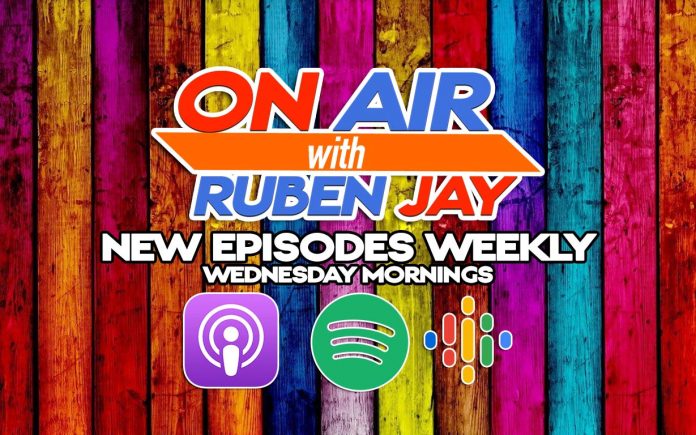 GET THIS EPISODE EARLY AND AD-FREE, http://dollarinthejar.com

Ruben Jay is excited to welcome Spencer Garrett to this week’s show!

Spencer is a third generation actor whose career spans 30 years in film, television and theatre. The son of former SAG President and multi-hyphenate actor/activist Kathleen Nolan (‘The Real Mc Coys, ‘Peter Pan’ on Broadway) and grandson of actors Clara Kennedy and Stephen Ellsworth – all of whom plied their trades on the famed Goldenrod Showboat Theatre on the Mississippi River in St Louis – Spencer has had acting in his blood since childhood. The choice to follow in his family’s footsteps and ‘join the circus’ at an early age was an easy one.

His film highlights include ‘Public Enemies’ and ‘Blackhat’ for frequent collaborator Michael Mann, ‘Air Force One’, ‘Charlie Wilson’s War’,’Thank You for Smoking’,’Bobby’, Lovely and Amazing’, and 2019’s ‘The Public’ for director Emilio Estevez, Jason Reitman’s ‘The Frontrunner’, ‘Bombshell’, and Quentin Tarantino’s ‘Once Upon a Time n Hollywood’. Other notable films include ‘Yes Man’, ‘Iron Man 3, ‘Transformers 2’ and many more.

Listen to this episode of ON AIR: http://linktr.ee/onairwithrubenjay