Why Ronda Rousey joining WWE would be a big deal! 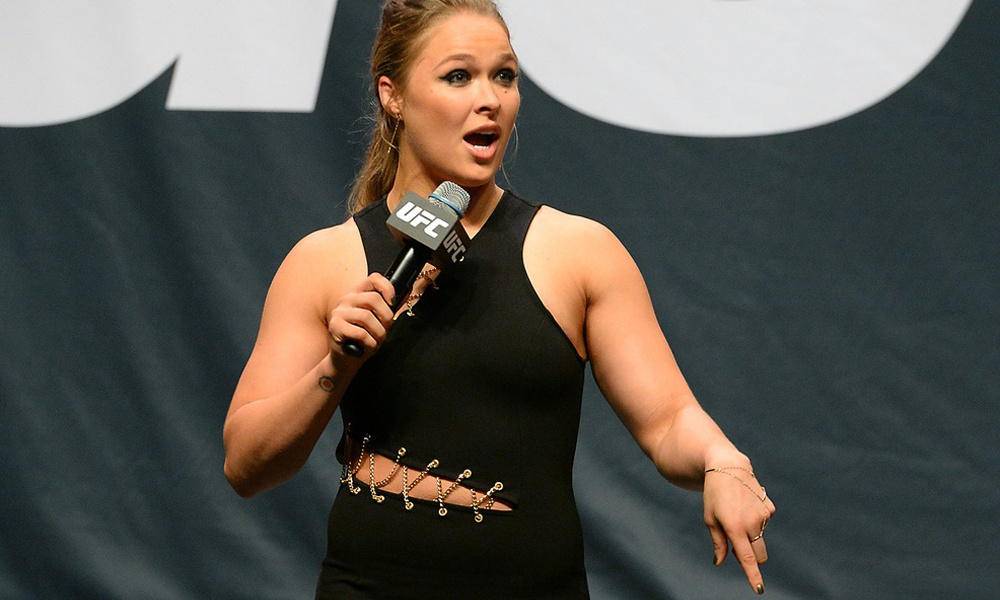 Ronda Rousey has been rumored to be joining WWE for a few years now. Ever since her first appearance in a WWE ring at WrestleMania alongside The Rock, Triple H, and the “The Billion Dollar Princess” Stephanie McMahon, the wrestling world has been waiting for an official announcement from Rousey or WWE announcing her official signing. And more recently, photos of Rousey working out at the WWE Performance Center have gotten the WWE Universe worked up even more. Let’s be honest, Rousey joining the WWE would be ground breaking. For MultiMediaMouth.com, I’m Ruben Jay and here is why Ronda Rousey joining WWE would be a big deal.

Ronda Rousey joining WWE would be a be a big deal because she is a big deal. Rousey would bring so much positive to WWE with very little negative.

Let’s take a look at the fact that two years ago, Rousey was one of the biggest – if not the biggest, name in MMA. Rousey had millions of people buying pay-per-views to watch her fight. Bringing her into WWE, even at a much lower popularity level, would be huge for WWE. And let’s face it, the way WWE ratings have been falling in the last 2 or three years, they need all the help they can get from outsiders.

Not only would Rousey bring in tons of outside viewers, but she would also help legitimize the WWE Women’s Evolution. Rousey is a legit bad ass fighter from the UFC, having a former MMA star mixing it up with some of WWE’s bad ass stars like Charlotte or Sasha Banks would be huge and take this women’s evolution to the next level. I mean, think of the possibilities of Rousey taking on Charlotte.

The ultimate dream match would be for Rousey and Auska to fight head to head at WrestleMania 35 in a streak v. streak. match. And the good thing about this would be that if Rousey was only in if for the short term, Auska would get a huge rub off of beating Rousey! I mean, there is nothing bigger in my honest opinion, than Auska beating an undefeated Rousey.

All in all, Rousey joining WWE would be a big freakin deal. Please make sure to hit that LIKE and SUBSCRIBE button. And let me know in the comment section down below what match you would like to see Rousey in.

For MultiMediaMouth.com, I am Ruben Jay.