Home
Film
Why Haven’t You Seen…? The Nines

What’s It All About?
That would be telling. All I can really say without spoiling the film for you (and trust me, you really don’t want me to do that) is that The Nines takes the form of three linked short films, each starring Ryan Reynolds, Melissa McCarthy and Hope Davis in roles which are both different and the same from film to film (it’s hard to explain). The first section has Reynolds as an actor under house arrest, the second as a a TV writer in a reality show and the third as a family man.

Why Haven’t You Seen It?
It’s totally unmarketable. The second you tell people about this movie you risk ruining it for the few who DO want to see a metaphysical thriller rather than Spider-Man 3. By not telling them about it, nobody went to see it. It was a catch 22 situation, and with Reynolds well known, but not a big enough star to sell the movie by himself, it sank.

Why Should You See It?
John August’s directorial debut is one of the most original of the past decade. It defies description because there isn’t very much out there like it and it steadfastly refuses to fall easily into a genre.

For me the key to the film is perhaps the casting, going in I was a big fan of Hope Davis (one of Hollywood’s most underrated talents), but had never heard of Melissa McCarthy and though Ryan Reynolds calling Parker Posey a ‘Cock juggling thunderc**t‘ had been the sole high point of Blade: Trinity, I was hardly confident in his ability to hold a complex drama together. Here Reynolds is little short of a revelation, creating three characters who are very different on the surface (Gary the actor is brash and funny, while Gavin the screenwriter is a much more held in character) but also draws parallels and connections between them enough to make what could be an extremely outlandish overarching story play.

I’ve never seen Gilmore Girls, so this film is all I know about Melissa McCarthy, and it shows her as a versatile and engaging actress. In the first story she’s irresistibly perky as Gary’s publicist, in the second she’s effective playing herself as the lead in Gavin’s TV show and in the third she’s really the anchor, the one whose emotional honesty in the final few scenes, when the film really delves into the full implication of its metaphysical side, really draws everything together; it’s a complex series of performances, and McCarthy plays it beautifully from moment to moment.

Hope Davis is as great as ever; sexy as Gary’s neighbour, sharp and severe as a TV exec and a potent mix of seductive and scary as a hiker in the final story, and there is a also a pivotal, if small and largely mute, role for Elle Fanning, showing at just seven a real maturity as an actress.

John August juggles comedy (Gary’s story is often very funny), drama, paranoia and metaphysics with great assurance, and seems to have a firm directorial hold. Stylistically he gives each short a different look, but links the films well enough that they feel like a unit rather than three disparate things. The Nines is that rare thing; a relatively mainstream American film, made within the studio system (for Lionsgate) with some name actors, which has real ideas, and really determines to explore them on quite deep and involved (but always entertaining) levels. It’s always an entertaining film rather than a philosophy 101 lecture, but it will prompt thought and discussion, and too few films even aspire to that lately.

I wish I could tell you more about it, delve into the film’s many layers, talk about its philosophical and metaphysical ideas, but to do that would ruin it for first time viewers. The Nines has to surprise you and, trust me, it will.

How Can You See It?
Both UK and US DVDs are available, sadly neither has any extras.

Next Week
Sammo Hung and Yuen Biao go to ‘Nam in EASTERN CONDORS. 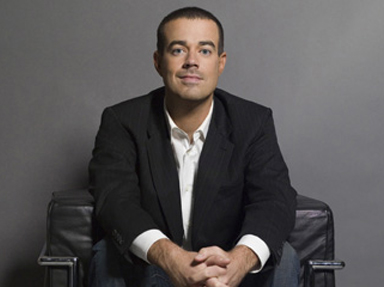 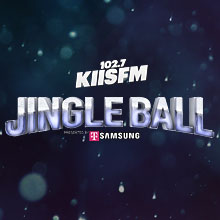