Why Haven’t You Seen…? Scrapbook 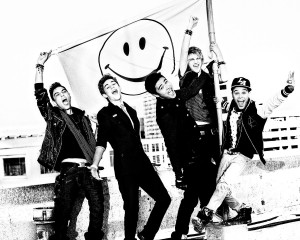 NOTE: Apologies for both the lateness of this week’s article (server issues) and for the pictures this week, turns out finding quality stills for a film this obscure is pretty hard.

What’s It All About?
The film is about Neil (played by the film’s screenwriter and producer Tommy Biondo); a serial killer who keeps a scrapbook of his victims. He appears to have been killing for a long time without being detected, but his latest victim (Emily Haack) is tough, and elects to use the scrapbook to fight back against this man who tortures, rapes and is surely intending to kill her.

Why Haven’t You Seen It?
Scrapbook is decidedly non-mainstream and unless you’re a fan of extreme horror then this is likely the first you’ve heard of it. In addition to the fact that the film has been almost completely unmarketed (and, to be fair, it’s almost totally unmarketable) the UK release is not easy to find (I’ve only seen it in the biggest stores) and is heavily cut. When I say heavily cut I don’t mean just the four odd minutes that A Serbian Film suffered, no, Scrapbook is probably the most heavily cut non porn film available in the UK, with over fifteen minutes cut and additional shots substituted for an 18 certificate, and bear in mind that this was in 2003, right in the middle of the biggest liberalisation of policy in BBFC history. That should give you some idea just how extreme this film is.

Why Should You See It?
How often have you seen a horror film that actually horrified you? I’ve seen many hundreds of
horror films and I can count the number of times that has happened on the fingers of one hand, and probably have a couple left over. Scrapbook isn’t just one of those rare films, it is perhaps the single most horrific, most disturbing, film I’ve ever seen.

Now, I have to be clear about this, if you’re at all squeamish, if you aren’t already a horror fan, if you have a weak stomach when it comes to extreme cinema, or if you’re easily offended then not only do I understand why you haven’t seen Scrapbook, I’d advise you never to see it. That, however, shouldn’t be taken as suggesting that this is anything other than a brilliantly effective horror film.

It really revolves around three key contributors; Eric Stanze, Emily Haack and Tommy Biondo (who, sadly, died following and accident, aged just 26, before he could see the finished film). The film was Biondo’s idea, and as well as portraying the killer he designed much of his home and put together his scrapbook. This is one one of the film’s most successful elements. The production design is utterly disgusting. You can almost smell the stench of rotting flesh, food going off and dried blood on the walls. The details are incredibly disturbing in their believeability be it the scrapbook itself, the things around the house that suggest a pattern (the handcuffs in the shower, for instance) or the words “I’m Winning” daubed on a wall in blood.

As an actor Biondo contributes a genuinely terrifying vision of a sociopath. This man doesn’t posses even the rudimentary mask of sanity that Michael Rooker’s chilling Henry had. There’s an utter emotionless vacancy that seems to go right to the core of the character. It is either a genuinely brilliant piece of acting, or Biondo was utterly out of his mind and had not a scrap of conscience.

Emily Haack surely must be one of the bravest actors in the industry. Her role as Clara, the victim, requires her to be naked for at least a third of the film’s running time and to spend just about every second of screentime being violated or degraded in some way. These scenes spare you nothing, they run for minutes on end, leaving no detail to your imagination and with few cutaways to let you escape the worst of the violence. The fact that Haack manages to give Clara personality, strength and resolve through all of this is pretty remarkable.

Watching this film is challenge, and if you find yourself enjoying it then you should seek immediate psychiatric help, which is why I can’t understand BBFC’s cutting of it. Yes, Scrapbook dwells relentlessly and explicitly in sexual violence, but it’s so disgusting that if you find it in the slightest bit arousing then, frankly, you’ve got serious problems already. I’m aware that none of this really reads like a recommendation. I’m calling this film things like disgusting, depraved, hard to watch and describing how repellent many of its sequences are. Well, who said movies have to be nice to be good? Scrapbook may often be hideous, but it is the film’s intensity and atmosphere that I admire. It ends up being as potent an insight into the darkest impulses of people as has ever been filmed. It’s also deeply distressing because it wants to make you feel like you are going through this torture with Clara. It succeeds in this because it feels unstintingly and upsettingly real, this film’s boogeyman doesn’t wear a white mask and lumber after babysitters, he’s an average looking guy who’ll kill anyone for no particular reason. Michael Myers isn’t coming to get you. People like Neil just might be, that’s what’s so disturbing about this film, it feels like it might have happened, yesterday, somewhere near you.

I probably haven’t talked anyone round with this article, and I’m guessing most of you are now off to watch something gentler, like The Texas Chain Saw Massacre, but I do think Scrapbook, challenging as it is, is an interesting and valuable film. It’s well worth seeing if you feel you can take it.

How Can You See It?
The US DVD is excellent, as well as the uncut film it has a making of documentary and a fascinating commentary with the affable pairing of Stanze and Haack.

MoviePass is making a come back