Why Haven’t You Seen…? Raging Phoenix 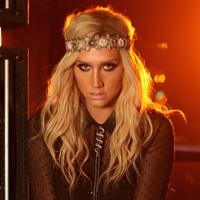 As befits a series that wants to show you sights and sounds you haven’t seen or heard before, it seems that WHYS…? is becoming a bit of a globetrotter, and this week we move from 17th century France to Thailand in 2009, with our first (though certainly not our last) martial arts movie.

What’s It All About?
Oh, let’s pretend it matters then. The story focuses on a young woman named Deu (Yanin Vismistananda, a.k.a. Jeeja Yanin), as the film begins she’s dumped her boyfriend and got very drunk, then she’s kidnapped by the Jaguar Gang. However, a mysterious young man named Sanim (Patrick Tang) saves Deu. Later, Deu makes Sanim and the rest of his gang teach her their martial arts style; a combination of muay thai, drunken boxing, free running and dancing techniques they call Meiraiyuth. After that… guess what? They team up to go after the Jaguar Gang.

As much as that’s an accurate (and incomplete) answer to the question ‘What’s it all about?’ the honest answer is simply this… kicking.

Why Haven’t You Seen It?
Leaving aside the fact that Raging Phoenix went straight to DVD here, and that its release was not heavily publicised, there’s the simple fact that outside of the occasional breakout hit; Crouching Tiger, Hero, Kill Bill, the martial arts film is very much a cult concern in the west. If you’re not already into martial arts movies the chances of your having even heard of this movie are pretty slim, which is a shame really.

Why Should You See It?
The west woke up to Thai action cinema with the release of Ong Bak, which introduced the astonishingly brutal art of Muay Thai to a wide audience and made an overnight martial arts sensation of Tony Jaa, it was really only to be expected that other stars would want to follow in his wake. Jeeja Yanin, however, was not what was expected; a petite, pretty, delicate young woman, who moved like lightning, and credibly faced off against up to a dozen opponents several times her size in her debut film Chocolate.

Raging Phoenix is Yanin’s second film, and while, obviously, there is no longer that shock of the new to her mere presence it remains breathtaking to see just what she can do. What makes her stand out from the crowd isn’t just her martial arts ability though, all the best movie stars have something beyond talent, something that just draws you to them, an on screen magnetism that makes them the focal point of any scene they’re in. Yanin has it in spades. She’s also a decent actress. Don’t get me wrong, I’m not saying someone should cast her in a remake of Sophie’s Choice or anything, but for someone whose focus is action rather than acting, and who professes in interviews to being deeply embarrassed when she had to gaze lovingly at co-star Patrick Tang, she’s able to carry the emotion of the story well, even pulling out an affecting moment here and there between bouts of kicking.

At the end of the day though, the reason to see Raging Phoenix is the action. Yes it follows a well defined pattern; student is saved by mentor, “we need a montage” training session, student goes out on her own, student and master team up to fight bad guys, student must triumph alone, but it’s the way those cornerstones of the genre are executed that allows Raging Phoenix to stand out. The training session, for example, is jaw dropping. It takes place at a ruin on a beach, we get all the expected things; Deu getting the runaround as Sanim trains her, the shots of him pouring wine down her throat as he trains her in drunken boxing, Deu and Sanim practicing forms… and then we get the money shot; Deu and Sanim sparring on top of one of the remaining pieces of the building, a good couple of stories up. As with all the stunt sequences this one uses no doubles, and other safety concerns seem very minimal. It’s a stunning sequence, and concludes with a true “there’s no way they actually did that” moment.

And that’s all before we get to discuss the fights. Meiraiyuth is a refreshing style to watch; less formal than most Chinese styles, incorporating the hard-hitting elements of Muay Thai (elbows and knees fly all over the place) with the smooth, rhythmic dance basis of many of the moves, it’s something we really haven’t seen before, and it makes at least some sense as a martial art. Each action scene (and there are many, this isn’t one of the increasing numbers of martial arts films which seem to have 70 minutes of plot, then a 20 minute fight at the end) has its own feel, its own rhythm and its own purpose within the film. They range from the amusing early fight in which Sanim and his fellow fighters Pigshit (Nui Saendaeng) and Dogshit (Sompong Leartvimolkasame) use Deu as a sort of lethal ragdoll to a brutal ‘test’, in which Deu has to best another of Sanim’s friends… Bullshit (Boonprasert Salangam) and to the frankly astounding setpiece towards the end of the film in which Deu and Sanim fight the Jaguar Gang’s leader (Thai Female bodybuilding champion Roongtawan Jindasing) on three rope bridges which hang at various levels over a seemingly bottomless pit. It’s in that fight that the film’s fight choreography really comes into its own, as does the skill of the performers, who do many things here that look unbelievably perilous, while maintaining an exciting and bone crunching fight sequence.

The story is total nonsense, but Raging Phoenix is probably a great gateway drug to bring people in to further explore martial arts cinema. While it has the odd slow patch and a couple of ropey digital effects the cracks are papered over by the sheer charisma of Jeeja Yanin (to say nothing of the enduring astonishment of watching this tiny 24 year old, who looks about 16 here, do the things she does) and by the fact that at no point are you more than about seven minutes from an awesome fight scene, which will almost certainly have you grabbing the remote and winding particular moments back, just to make sure that you really did just see that.

How Can You See It?
There are DVD and Blu Ray releases in the US and UK. The UK release would seem to be the way to go though, as it has a smattering of extras and I can tell you that the subtitles are pretty good too. I’m told you can also sample the fight scenes on Youtube.