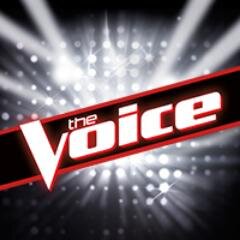 After watching The Voice Top 10 sing their hearts out on Monday night’s show, it only seems like a chore to watch two of them go home the following night. With every artist’s performance charting in the Top 200 on iTunes, it is no doubt that The Voice stage has been taken over by truly talented contestants.

Tonight’s show opened with a performance of Billy Joels’ “Only the Good Die Young” from Coach Adam Levine and his team, who added a jazzy flare to the record with the accompaniment of the saxaphone. Coach Pharrell Williams also performed with his team for the first time, with their own rendition of the classic “What A Wonderful World” by Louis Armstrong.

The first two contestants who were able to breathe a sigh of relief tonight were Craig Wayne Boyd of Team Blake Shelton, and Team Adam Levine’s Matt McAndrew. Following soon after in the safe zone was Team Pharrell William’s Luke Wade, along with Taylor John Williams of Team Gwen Stefani.

One of the highlights of tonight’s show was a fierce and daring performance by Taylor Swift, who sang her new hit single “Blank Space.” The 7-time Grammy Award Winner was absolutely delighted to be back on The Voice stage after being an advisor for Coach Adam during The Voice Knockouts. Swift emphasized that her most recent album, 1989, wouldn’t have been possible if she hadn’t taken a chance or thought outside the box; risks that the Top 10 contestants have undoubtedly taken during their time on The Voice as well.

After Damien of Team Adam was announced as the final contestant saved by America, Anita Antoinette, Reagan James, and Ryan Sill found themselves in the Bottom 3. Though both Reagan and Anita gave outstanding performances in attempts to save their lives on The Voice, America ultimately saved Ryan Sill, despite the fact that this has been his third consecutive week in the Bottom 3.

Coaches Gwen and Blake were absolutely devastated to see one of their team members leave the competition, but they are both confident that this is not the end for either of the two girls. Both coaches ensure that The Voice is merely a part of a journey that is just beginning, and that the future is bright for both of them.

Once again, the competition heats up as even fewer contestants are in the running to become the winner of The Voice Season 7. Will your favorite artist come out triumphant? Their fate is in your hands, America; vote wisely!