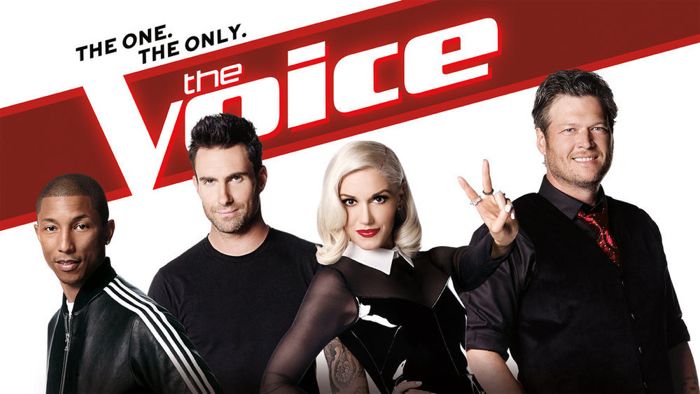 Tonight’s the night! The last night of the battle rounds!

Who will be eliminated?? Join us at 8pm for a live blog!

The final night of the battle rounds is here. Pharrell is the only coach with a steal left, who will he take as a new member of his team?

Tonight’s first pairing is from Team Adam, Amanda Ayala and Shelby Brown. Both 17 years old, these young ladies have such strong and powerful voices.

During rehearsals, Shelby was having difficulty performing with the band, something she is sadly not used to, and Amanda is having trouble bringing the proper sass that this song needs. Will these ladies be able to pull through aside from their flaws?

Singing “Edge of Seventeen,” the song starts off very strong, and both performers sing their hearts out throughout the whole song.

Ultimately, Adam says that the winner is… Shelby Brown!

Next up we have Amy Vachal going head-to-head with Jubal and Amanda from Team Pharrell. You may remember Jubal and Amanda as the lovely couple who got engaged during the blind audition! (Super cute by the way.)

Pharrell decides to give them the song, “To Love Somebody.” Jubal and Amanda show no problem performing the song together, and Amy is able to mesh well with their voices. Like we saw last night with Alex and Andi, these duos have a slight advantage, which leaves the other performer trying to get their voice loud enough to be heard.

The performers come out and it is now their time to shine. Amy starts off the song and proves further her Indie/Rock voice fits her perfectly. Jubal and Amanda then get the next verse and are immediately drawn to each other like the perfect duo they are.

Adam describes this performance as Amy being the awkward third wheel… but it works to her advantage as Pharrell picks Amy Vachal as the winner of this battle!

Team Blake is next for the final pairing of the night with Emily Ann Roberts and Morgan Frazier. Both young country singers still bring different personalities to the table. This is probably going to be the hardest decision for Blake tonight.

The girls come out singing, “I’m That Kind of Girl.” Emily Ann kind of sounds like Carrie Underwood which gives her a slight advantage in my opinion. But Morgan definitely has a more matured voice, which is also an advantage for her.

This is going to be a super hard decision for Blake.

After none of the other coaches really helped him out, he comes to the conclusion that the winner of this battle is… Emily Ann Roberts!

Making Morgan up for a steal, Pharrell uses his last steal on her!

To see the full list of contestants that are continuing to next week’s Knockout Round, go to http://www.nbc.com/the-voice/artists/season-9

Join us again next week for another live blog!!