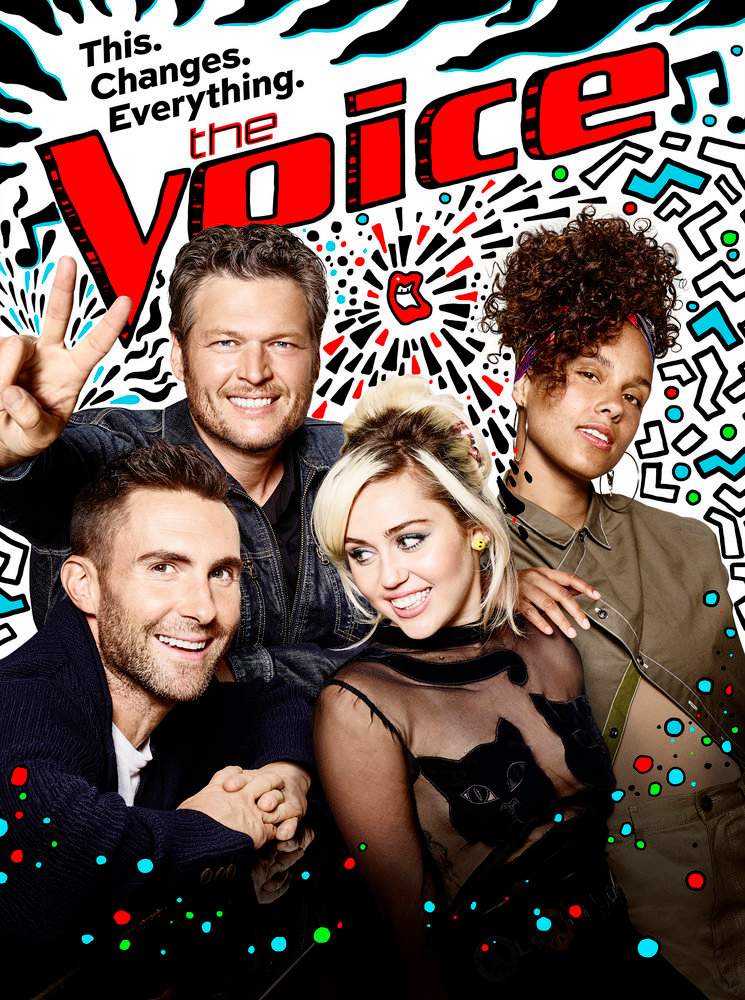 Tonight is night 3 of the Battle Rounds, and based on the previews it looks like it’s going to be a very interesting night of performances! As we get closer the Knockouts and fewer steals from the coaches, the competition is getting more serious! Let’s get tonight started!

First up for tonight, we have Johnny Rez and Nolan Neal from Team Adam! Coach Adam Levine has brought in Sammy Hager as his team adviser.

Adam chose for the guys to perform “Sledgehammer”, which seems to be a very good decision for the two rockers. It’s truly a great performance, the voices together are so good, and it is very clear that Adam is going to have a very tough decision.

At the end of the performance, it is time for Coach Adam to make a decision. He goes with the person whom he feels he connects to the most, Nolan Neal!

Next up for tonight, we have Darby Walker and Karlee Metzger from Team Miley. Miley has brought on team adviser Joan Jett!

Coach Miley chooses for the girls to sing, “Brand New Key.” No surprise here that this decision will be a hard one for Miley as it is another great performance and pretty much the perfect song for these two to sing.

Ultimately, Miley believes that Darby Walker is the winner of this round, leaving Karlee Metzger up to steal, and Blake Shelton does not hesitate to push his button just like he did during her blind auditions! That means that Blake now has one steal left for the night along with Miley and Alicia!

Blaine Long and Josh Gallagher are up next from Team Blake! Blake has brought on the one and only Bette Midler as his team adviser!

They’ve chosen for the guys to perform “Stranger in my house” which helps show off the guys’ country roots (perfect for Team Blake!)

The decision is clearly a tough one for Coach Blake but he chooses the person whom he feels stood out the most, which was Josh Gallagher!

Sooo plot twist, we don’t actually get to see every performance in its fullest! 🙁

Good news is we get to see a cool montage of how the performances went and who was chosen to stay!

Next up for tonight we have Josh Halverson and Kylie Rothfield from Team Alicia!

Weirdly enough, Kylie Rothfield and team adviser Charlie Puth went to school together, so there’s a cute little clip of their reunion!

Coach Alicia gave these two singers the song, “House of the Rising Sun” to perform, and it is beyond perfect, leaving Alicia with a very hard decision.

Ultimately, the decision is made as Alicia chooses to keep Kylie Rothfield on her team! But do not worry, because Miley uses her last steal to keep Josh Halverson in the competition!

Christian Fermin and Gabe Broussard are next to perform “The Reason” from Team Blake!

This is one of my favorite performances of the night as both of the guys give it their all and leave Coach Blake with a very tough decision.

After hearing what the other coaches have to say, it is finally time for Blake to make the decision, choosing to keep Gabe Broussard on his team!

The last pairing for tonight is from Team Miley who paired up, Aaron Gibson and Sa’Rayah performing “I’ll Take Care of You.”

This performance is truly my top favorite of the night, it is amazing! I can’t even begin to imagine the decision that Miley is going to have to make at the end of the performance.

It is clearly a very tough decision, but ultimately, Miley chooses to keep Aaron Gibson!

BUT, Coaches Blake AND Alicia both still have a steal and they BOTH push their buttons to compete for Sa’Rayah to be on their team!

Another tough decision is made, this time by Sa’Rayah who chooses to join Team Alicia!

Another great night of Battle performances! Who are your favorites??

Here is where the teams stand after tonight!

Thanks for watching with us!