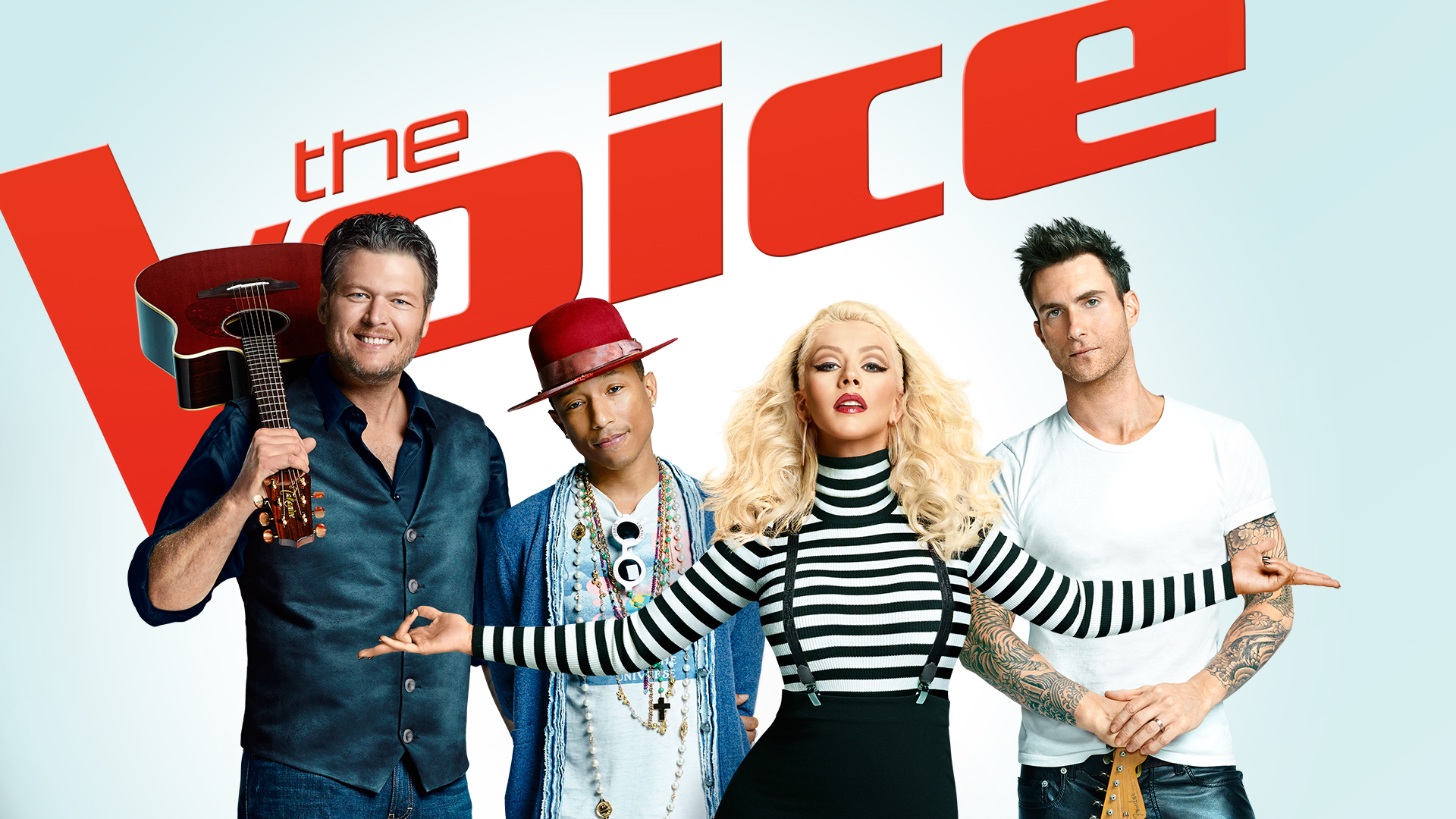 Alright everyone, it’s been awhile since we have done a Live Blog, but tonight we are back at it again… (“daaammnnn daniel”) Sorry I had to, anyways tonight is the results show from the Top 12 performers. Last night was a great night of performances and I am anxious to see which of these performers will be going through.

Gwen Stefani, who has easily become my favorite Voice coach, performs her hit song, “Misery” from her new album This is What the Truth Feels Like. Of course, it is amazing!! Go Blake for having such an awesome girlfriend!

The Top 12 is brought out and with the somber lights and music, you can’t help to feel nervous for these performers.

Carson asks Bryan Bautista and Emily Keener a few questions, and I felt like it was so on the spot for them, but it’s okay they are all adorable.

The first person to be saved, from Team Blake, is… Adam Wakefield! (I’ll be linking their performances from last night as well)

The second person to be saved, from Team Christina, is… Alisan Porter!

Adam says that the best advice for this part of the season is to just have fun, and Pharrell said that the most important part is to just be yourself for future opportunities.

Christina says she is “extremely” proud of her team this season, while Blake says that he hopes America sees how much passion is in his team’s performances.

The 10 performers are then brought back on stage and we are suddenly very nervous again.

Carson asks how Blake has helped Mary Sarah grow as an artist, Shalyah, who has given up high school to be on the show, and she says that she has learned so much from the coaches she’s worked with that it is all worth it.

The third person to be saved, from Team Christina, is… Bryan Bautista!

The fourth person to be saved, from Team Pharrell, is… Daniel Passino!

Matt McAndrew is now hosting “Inside the Voice” through Amazon Echo so be sure to check that out!

Blake and his team perform “I Love a Rainy Night“, no doubt still freaking out about the elimination that is to come.

Performers are back up on stage, and the audience goes silent.

Carson asks the generic questions again, “what has your coach taught you?” and “what is important to you?” things like that.

The fifth person to be saved, from Team Adam, is… Shalyah Fearing!

The sixth person to be saved, from Team Blake, is… Paxton Ingram! (This one is a little questionable to me, but whatevs)

The seventh person to be saved, from Team Adam, is… Laith Al-Saadi!

Adam and his team perform! (I will add the link once it is uploaded to YouTube!)

The five remaining artists are back up on stage, and Carson asks Nick what they could expect from him if he is saved, honestly I do not remember what he said, but basically I hope he gets saved!

The eighth person to be saved, from Team Pharrell, is… Hannah Huston!

The ninth person to be saved, from Team Christina, is Nick Hagelin! All of Christina’s members have been saved!

The tenth person to be saved, from Team Blake, is… Mary Sarah! All of Blake’s members have been saved!

The bottom two, with the lowest votes from last night’s performances, are Emily Keener and Owen Danoff, and they will be battling it out for the instant save!

Emily sings, “Blue Eyes Crying in the Rain” for her instant save performance! She seems like a very sweet young lady, and her voice seems to match her personality, however, I think the stress may have got to her a little bit during this performance.

Christina says she was surprised that Emily was in the bottom two. Pharrell tells the viewers to trust in his performer, because she knows exactly what she wants to do and where she wants to go, so she deserves to be on the show.

Owen sings, “Lego House” for his instant save performance! Owen has a good voice, however, you can tell he has some trouble with the lower ranges of the songs, I do not think this song was good for him to sing considering that he is trying to be saved by America.

Adam says that he won the most difficult knockout round, and he saved Owen again last week. Adam is asking the audience to “do a favor” and save Owen so that he can prove that he truly deserves to be here.

When the update comes up, Owen is winning with about 53% and Emily has 47%.

Emily talks about how thankful she is for Pharrell, and discusses what he has taught her.

Owen talks about how thankful he also is for Adam, and how he was able to push Owen to new limits.

Finally the moment has come, America decided to save… Owen Danoff!

Alright everyone, that is it for tonight’s Live Blog of The Voice results show, join us again on Monday while we watch the Top 11 perform!