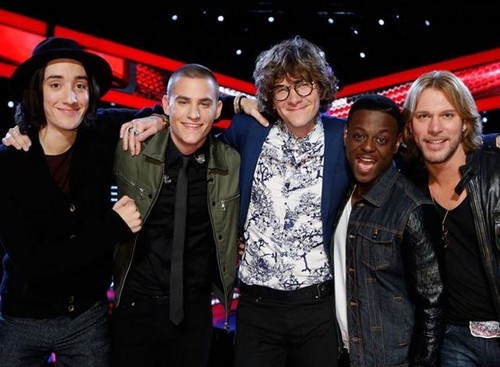 On last night’s episode, The Voice made a bold, unprecedented move that changed the dynamic of the competition entirely. After the Final 3 contestants saved by America’s votes were announced, the other 9 eliminated artists who made up the Top 12 were given a chance to perform on The Voice stage one last time, in the hopes of becoming the Finale Wildcard and completing the Final 4, This gave the Top 12 the ultimate second chance to become number one. This also presented the perfect opportunity for someone from Coach Pharrell Williams’ team to once again be a part the race.

The Final 3 who were saved by America’s votes were Chris Jamison, Craig Wayne Boyd, and Matt McAndrew, leaving Damien and Taylor John Williams with one last shot at being in the running with a final performance in the hopes of becoming the Wildcard. The phenomenal performances given by the Top 12 truly made the decision all the more difficult for America. Each artist sang his/her heart out, only leaving the crowd and the coaches wanting more. Luke Wade’s rendition of “Have a Little Faith in Me” made the coaches exceptionally proud, as they commented that Wade “dug so much deeper” during this number and was “back in control.”

Damien and Taylor John Williams proved that they would do whatever it takes to become the final contestant to complete the Final 4 with their performances of “Grenade” by Bruno Mars and “Wicked Game” by Chris Isaak (respectively). Coach Pharrell was impressed with Damien’s “real soul singing,” while Coach Blake commended Williams for “changing stuff up” for this final performance.

The Voice has given America an opportunity unlike ever before, in which your votes can save an artist who thought that winning The Voice was no longer in the cards for them. The final member of The Voice Final 4 will be announced by host Carson Daly this morning on The Today Show. Best of luck to the Top 12!!