Vampire Diaries villain gets spin off 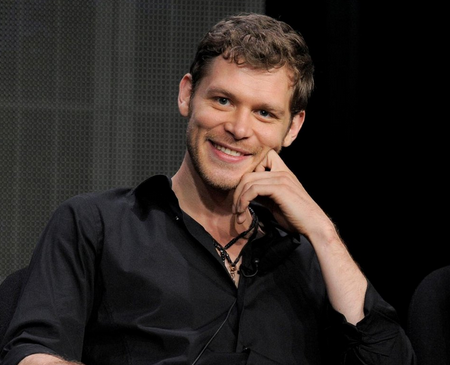 NEW YORK (AP) — The big, bad villain on the CW’s “The Vampire Diaries” is getting his own series.

Joseph Morgan first appeared during season two as Klaus Mikaelson, one of the world’s first vampires, who is also half-werewolf. He was a series regular in the third and fourth seasons.

“I love it,” said the 32-year-old Morgan. “It’s been one of the most fun characters I’ve ever played.”

Fans loved Morgan’s Klaus and his fellow vampire family members. They were making YouTube videos about the clan before the spinoff was announced.

In “The Originals,” Klaus moves to New Orleans after being away for about a hundred years and wants to take over the city, now ruled by his protege vampire, Marcel.

Morgan, who is joined on the series by “Vampire Diaries” cast members Daniel Gilles, Claire Holt and Phoebe Tonkin, says “The Originals” is darker in tone than its predecessor.

AP: How would you describe Klaus?

Morgan: Klaus is an original vampire. His family was the first vampires to ever walk the planet. He’s also a hybrid. He’s half-vampire, half-werewolf because his father was a werewolf, different to his siblings. (His siblings had a different father.) So, when we were made vampires 1,000 years ago and we each made our first kills, part of the werewolf curse is when you make your first kill, you transform (into a wolf), so it was then that my hybrid nature became apparent. Because of that, Klaus is pretty much indestructible. There’s a very, very complicated way that he can be killed, but I don’t think anyone needs to know that. (Laughs.) We don’t need to go into those details. Nobody needs to know how he dies.

AP: What’s it like to star in your own show?

Morgan: For me it’s more consuming because I’m just in more of it. There’s more to do. I’m interacting with almost every character and my character is talked about a lot in the scenes I’m not in. (Laughs.)

AP: Klaus was a big deal on “The Vampire Diaries.” He was talked about before he showed up on the show. Did you realize how important the role was to the story?

Morgan: I thought about like, ‘You know, maybe he should have a different name like they could call him like William or something.’ And then I looked up (the character) online and I was like, ‘Oh, no. This is already an established thing. We can’t go changing this.’

AP: Have you ever been a hyper-fan of something where the details have been important to you?

Morgan: I get quite passionate about ‘The Walking Dead’ and the relationship between the graphic novels and the TV series, like ‘how can Dale be dead already when he hasn’t done the bit where the cannibals eat his legs after he’s been bitten and he hasn’t laughed because they’re eating dead meat?’ And ‘that’s such a great moment and I understand why they had to do it, but you know I would’ve liked to see that moment on film.’ So, yeah, there’s some of that.

AP: Viewers learned in the pilot for “The Originals” that Klaus might become a father. Wouldn’t it be interesting if there’s a baby on the set?

Morgan: Yeah! Right? It’s interesting. It will be a very different direction. … To bring a baby into the mix will be a whole new thing.