Robert Seidelman: Hello everybody and welcome to another Fun-Filled episode of US Vs. UK.  I’m Game Show Garbage’s Robert Q. Seidelman.

RS: This time around, since we’re dealing with the holiday seasons, where we all have to hang out with some people that we only see 2 times a year, and in my case less than that, and what better show about families is the classic TV gem, Family Feud, or Family Fortunes in the UK.  Now since each countries versions have lasted in various aspects since 1976 in the US or 1980 in the Uk, we’re going to break up the show into different Eras.  We’re going to be starting off the big Family Feud/Fortunes debate with the first era of the show.

CN: So that would be the Mx Bygraves/Bob Monkhouse era in the UK

RS: And in the US, it would be the first Richard Dawson era. The Judging has 5 categories as always.  Host, Gameplay, Presentation, Execution and Personal Preference.

CN: Starting with Host, I do have to say I thought it would be tough to beat Bob Monkhouse, but I watched some footage of Dawson and he was pretty much the perfect US style host

RS: I am thankful for tape traders still, so I can get to see some full episodes of both guys.  I thought both Bob and Max did good jobs.  While Bob was the friendly, genial Master of Ceremonies that he was, Max was the perfect foil for a bunch of memorable old school clips that have been shown all across the world. Personally, I liked Max a bit better than Bob.

CN: He did have the right amount of old school charm. I have to confess I’m a massive Bob Monkhouse fan, so I’m biased.

RS: That’s understandable.  Monkhouse is one of the best over there in the UK.  Right up there with Forsyth and Bowen and Holness.
And now we have another Brit as the host of the US version of the show, Colin Emm aka Richard Dawson.

CN: I was impressed by him. He fit great into the US style from what I saw

RS: To some over here, they say that Dawson was the best and helped make some of the best Family Feud moments.  One of those moments has already been covered here on this site with the Frog and Alligator Fast Money.

CN: That was spectacular

RS: There are other moments that he made great too.  But, there is a caveat to all of this.  I don’t know how Bob and Max were when the cameras were off, but Richard was notorious for being rather hard to work with behind the scenes. Not only that, he was also a major egomaniac.

CN: Bob and Max were/are respectively well liked. Both came up on the stage in the UK though and in the clubs so they had to be personable I don’t doubt they had their own strops, but neither was reknowned for it

RS: And so did Dawson, before getting his acting chops and marrying Diana Dors

CN: This is true, I forget his roots. Particularly given how difficult the US TV market is to crack for UK entertainers, SO credit is due to him for that.

RS: However, because of all of Dawson’s backstage baggage & antics, which made him out to be a gigantic diva, I have to disqualify Richard here and give the nod to Bob and Max.

CN: I was having difficulty calling this, so I’ll defer to you. Bob and Max get the nod.

RS: Now let’s talk about another tough call, the Gameplay.

CN: Now from what I know the gameplay was fairly similar

RS: Very similar, but there were some differences that seat the UK and US versions apart.

CN: Now the ‘face off’ to start a round was the same

RS: That’s correct, but the UK version had some additional goodies that could be had.

CN: Ah yes, the special prizes which were either tremendous and arguably worth more than the money won, or something really niche like a brand new set of golf clubs which would often make the whole family look at each other as if to say “Noone plays golf in our family”

RS: I always remember the show giving away Carriage Clocks.

RS: They gave away other great stuff as well.  Like weekend breaks around the country and some silverware.

CN: The trips usually were worth more than the prize money unless the family won big

CN: That’s a lot of changes in a long running show

RS: Well, some of it was natural progression. The 200 level made a game go by really quick sometimes, thus having Dawson stretch quite a bit. The 300 level brought in better pacing and that’s when the show really started to hit its stride. The 400 mark was brought in to get more game in and minimize dawson’s role.

CN: Was that to do with his backstage antics?

CN: Tsk. Still, I suppose it added to the excitment of the game

RS: Not really, it dragged because of the 4 single rounds, rendering them almost meaningless. Fast Money or Big Money was the same for both countries. 200 points wins the money.

CN: With the same amount of time given?

CN: So potentially a family could bag a fair amount of money in the daytime

CN: Impressive, especially for the 80s

RS: And the mid-late 70s. This is a first for US vs UK. Both versions had great formats, I have to call it a tie.

CN: I would have leant towards the US for the amount of money on offer, but a tie it is!

RS: I say tie because of the 400 point format they had in the last year.  Otherwise it would have been the US. So now, we have Presentation. This one, is a bit easier to call for me.

CN: I haven’t seen enough of the US one to compare, but the UK style was very simple and functional. It wasn’t the most visually stimulating or aesthetically pleasing though

RS: The US one had a very simple and functional set as well, but it was also quite flashy for it’s time with the big board, the buzzers and the classic theme song.

RS:It’s one of the most recognizable game show themes, along with Wheel of Fortune, Jeopardy and The Price Is Right.

RS: I like the UK set, with Mr. Babbage which helped save on production costs, because they didn’t need to make cards for the answers and the music is great too.  But the US version with the flash and the homelyness of it all wins this round.

RS: So now we’re tied and going to execution, AKA Cultural Impact.

CN: That sounded very severe until you gave the AKA.

CN: Family Fortunes in the UK did have a fair audience and both hosts are fondly remembered, but neither of them are remembered primarily for it. The next era of Les Dennis is what most people would think of when it comes to the show, so it’s limited from this era.

RS: Yup. The original US run is also fondly remembered, but its’ somewhat lost because of 2 reasons.  The next era we’ll be talking about and the show is still currently on the air here and in reruns on GSN. I’m going to say the US version, but slightly.

CN: Yeah I agree with that conclusion.

RS: Finally, it’s Personal Preference.  Now it’s where it gets really tough. Because both shows are great watches.

CN: I’m going to lean towards the UK version, mainly because it just had a great, warm atmosphere.

RS: It’s going to be weird again, but I can’t really decide, I like both so much. I’d call it a tie, but because of that the UK gets it.
Meaning after all of this, it’s 3-3, which means there is no winner. We have ourselves a tie.

CN: First one ever?

RS: Yup.  First one ever.  We have had a shutout and now we have a Tie.

CN: You could never accuse this of being uneventful.

RS: Not in the slightest. Well, that wraps up Part 1 of the Family Feud/Fortunes matchup.  Later on we’ll have Part 2 of the matchup, but for now, that ends this edition of US Vs. UK.  I am Game Show Garbage’s Robert Q. Seidelman.

CN: And I’m Chris Nelson, thanks for reading!

RS: And Bob’s your Uncle. 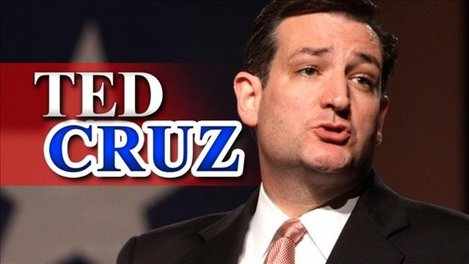