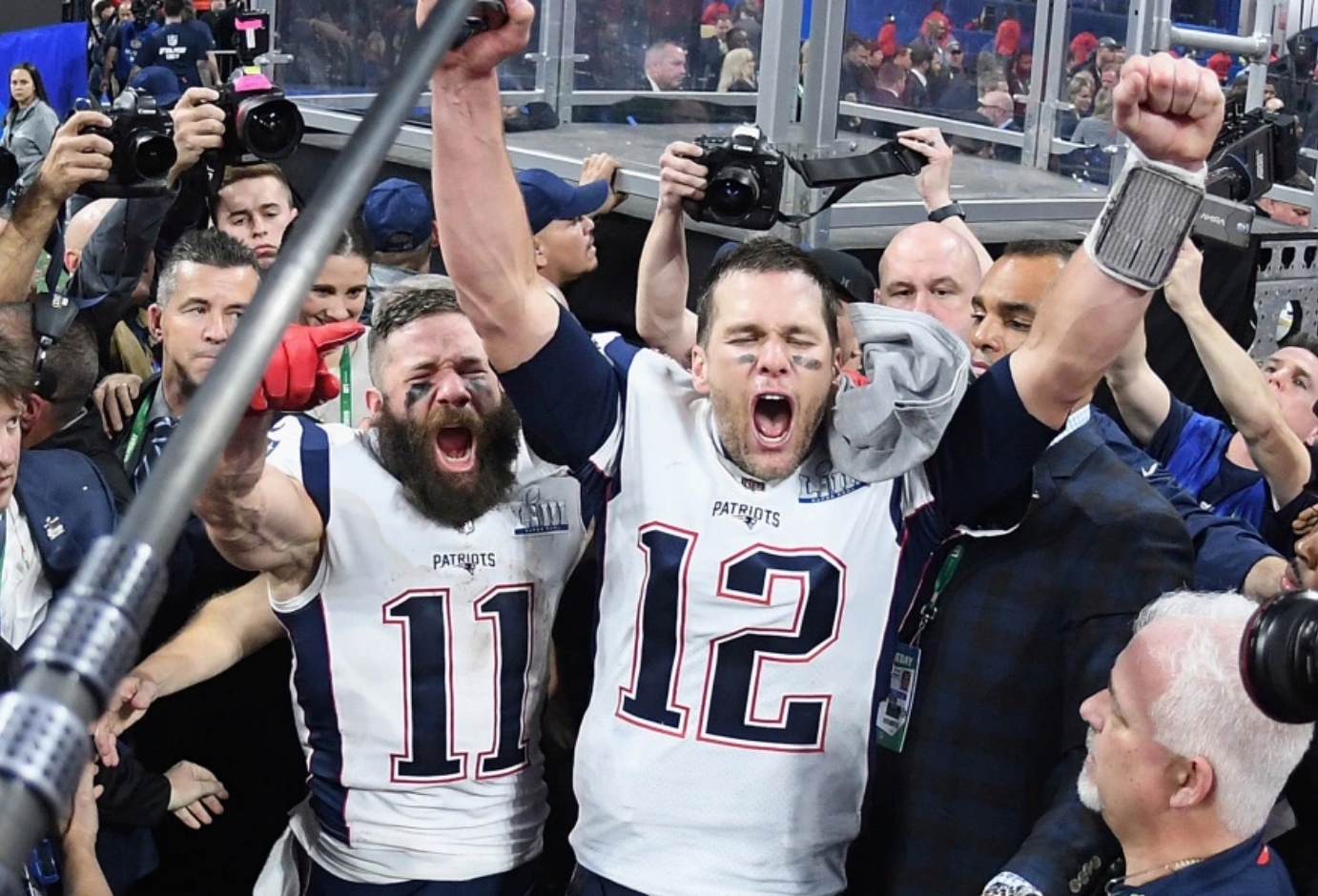 Tom Brady and Julian Edelman made a trip to Disney World, and it’s more magical than one could imagine.

One day after their victory in Super Bowl LIII against the Los Angeles Rams, these NFL stars plus some additional teammates made their way to Florida for a Disney World celebration.

The Patriots participated in the Disney parade with many Disney characters, which fans posted to their social media accounts.

Julian Edelman, awarded Super Bowl’s MVP, wrote on Instagram: Home game. #Parade1″ and also posted a photo with Brady captioned: “These are not the droids you are looking for…”

These are not the droids you are looking for… #WaltDisneyWorld

When Brady wasn’t in the parade, he was snapping photos with Minnie Mouse.

Aside from Brady’s iconic hug with Minnie, the Quarterback and Wide Receiver had the privilege of experiencing Star Wars: Galaxy’s Edge before it’s official summer opening in 2019.

Walt Disney World shared a photo of the pair on their Instagram captioned: “Looks like the champs are ready for their next adventure! #StarWars#GalaxysEdge”

Looks like the champs are ready for their next adventure! #StarWars #GalaxysEdge

Post-Super Bowl Victory feels have left fans full of pride. There have been many celebrations for Patriots fans. For Brady, the NFL star made his wife and Gisele Bündchen and his children very proud.

Here is the heartfelt post written from his wife, Gisele:

Brady plans to continue playing for the NFL until he is 45. For those keeping track, he’s only 41. #Patriots #NewEnglandPatriots