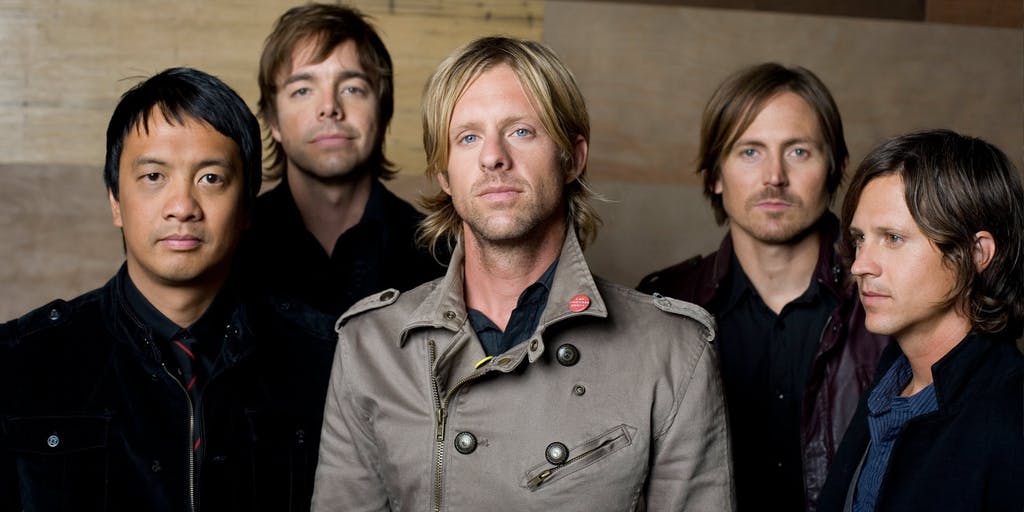 On previous records, the band had always had songs like “Stars” and “Meant To Live” which I would categorise as the same style used on the Hello Hurricane album due to the fact that those songs have a similar tempo to the new batch. The release prior to Hello Hurricane was Oh! Gravity, which has a very high energy level, and was recorded live much like Hurricane. Other Switchfoot records were recorded on with an increased level of production, as they would record each part of a track seperately, then mix the guitars, drums, bass and vocals together which gave the finished record a lower energy level, where as Oh! Gravity and Hurricane were recorded in a studio, but as live, with much less post production keeping the raw pacing that provides.

One of my personal favorites off the album was “Mess Of Me”; the intro on the song alone is phenomenal. But the high energy of the album starts from the beginning in “Needle and Haystack Life”, which from just reading the title seems lame, but the opening rift makes you think twice, but once it goes into the chorus you know that the song is definitely a hit. The second verse starts out by Jon singing “Don’t let go…don’t give up hope…. all is forgiven” and it is just a good message.

The energy is transferred right into “Mess Of Me” starting out with “I am my own affliction. I am my own disease…there is no drug the vet can sell…not they aint no drug to make me well” which makes me wonder what he can be talking about in this song. The first thing I think this song is about is maybe the fact that he feels overwhelmed? I do not know, maybe Jon Foreman will answer that question sometime down the road. On November 12, 2009, Switchfoot played on Jimmy Kimmel Live…which they film in Hollywood…which is an hour or so from where I live, and so I was fortunate enough to be in attendance. The band performed 5 songs for the live crowd, but two for those who watched on the TV. The three extra songs we got were older songs, “Stars” “Dare You To Move” and “ Meant To Live”. The other two were from the album which was released prior to the show, “Mess Of Me” and “The Sound” which I will address later. “Mess of Me” though was the most energetic song I have ever seen performed live. Jon Foreman knows how to spread the energy from the stage, into the people, and then back onto the stage, it was definitely my favorite song of the night.

Hello Hurricane wouldn’t have been a Switchfoot album if it didn’t have a song about “Your Love”, whoever that is. They had a song call “Let Your Love Be Strong” on Oh! Gravity! and yes, on Hello Hurricane they have “Your Love Is a Song”…the jury is still out on that that song though, whether it will grow on me, time will tell.

Now it is time for my favorite song off the entire album, ”The Sound”. It is the most ‘rocking’ song on the album, has absolutely no point, but encapsulates the new found energy I mentioned earlier. This song has a hidden statement in my eyes stating that Switchfoot is the heart of their people, and they are going to continue being that way. They also played this song on Jimmy Kimmel Live, and for those who watched the show from the comfort of their living rooms or beds, you missed out on the true energy of this song. “The Sound” and “Mess Of Me” are the two single releasea from the album; both with promo videos showing either their performance or their recording sessions. The only downside of this song is that the most energy came at the end with a random, yet very well written rift, so any message may be somewhat lost.

My Recommendation For you:

If you do not wish to buy the entire album, go to iTunes and buy:

That is six songs out of 12, might as well buy the entire album for $9.99 off of iTunes.com. But I am begging you not to buy the deluxe off of iTunes, because you don’t get anything deluxe.

This album gets a 4/5. The only thing I would recommend is they having more of their original sound on the album, but it is very enjoyable. I highly recommend you go out and purchase it.

I am Ruben Pena, U.S Music Coorespondent, and I am telling you the way it is. Be safe, Happy New Year, and make sure to email me at rjp@multimediamouth.com. Over and Out