Eoin’s Been Watching…
THE LAST PICTURE SHOW [Main Picture]
DIR: Peter Bogdanovich
In the purest possible way to describe, The Last Picture Show is the slow destruction of a small town in Texas both in its populace and the landmarks that are in it. It would be really horrifying to watch if it wasn’t so beautiful and serene. Filmed entirely in black and white and reflecting an era when a new generation was forcing its way into popular culture in the 50s, The Last Picture Show is subtle in its execution but it hurts all the same.

We mostly follow the perspectives of two characters in Sonny (Timothy Bottoms) and Jacy (Cybill Shepherd) and follow them as they graduate High School, take on new experiences and evolve into the human beings they’ll become with the rest of the town. Along with Sonny’s best friend and Jacy’s then boyfriend Duane Jackson (Jeff Bridges) and the variety of other characters, it’s really a character driven piece. People come and go but they keep enough of themselves in the film that, even if you don’t remember names, their characteristics and motions of who they are in the town are cemented and, with some of them, is even more crushing to find out what happens to some of them.

The film boasts two Oscar winners for their performance in this film in Ben Johnson, who plays Town icon Sam the Lion and Cloris Leachman, who plays Ruth Popper, eventual lover for Sonny after they meet up for a task her husband, the basketball coach, sends him to do. Both are well deserved, really showcasing the flowing emotions and the changing world around them, both in completely different ways. Jeff Bridges is also another very good performer (and got his first Oscar nomination), able to help evolve a character that has deep anger issues yet inside is a helpful, friendly soul in Duane. Nothing to take away also, from Bottoms and Shepherd who give a variety of emotions as their leading roles, making real conflicting work about your general feeling about them as the film goes on.

The strongest point of the film is the feeling of dread. There won’t be a happy ending to this story. The town as you see at the beginning won’t be the one that you see at the end and, really, there is nothing you can do about it. It’s less to do with tragedy and more to do with evolution. At the time, America was branching out and the seeds of corporations and shopping malls were being placed and small towns were hardly needed. If The Last Picture Show is to believed, what was lost is a general community spirit, that small slice of Americana that made the country attractive to immigrants in the first place. The Last Picture Show does what many movies can’t do; It makes you care about the inevitable and the people affected by it. For that, it is a triumph.

The stable of Marvel Studios has been, up to this point, pretty damn good in the standards of big action blockbuster fare. Iron Man surprised me in how much emotional baggage was in the thing and how much it worked counteracting Tony Stark’s moral dilemmas with big robot explodey sequences and The Incredible Hulk is almost criminally underrated in the annals of damn fun superhero movies, especially ones where you see more of the lead character smash things. Both are good examples of bringing two characters, one after an unsuccessful attempt in 2003, into the mainstream audience without feeding them tonnes of comic book background from Marvel’s 70+ year history.

Thor, on the other hand, doesn’t quite hit those heights. It’s not a bad movie by any stretch of the imagination, it’ll probably be one of the best that’ll come out this summer, it just doesn’t have much to make it stand out besides the setting of Asgard, which I will admit is very well rendered. It is loyal to the source material with the tropes you’d expect from the character, if you follow the comics more so than the mythology, so the Fearless Three are here, the rainbow bridge, Frost Giants etc and, really, it’s nice to look at. The sets are cool, using mostly location shots and one real set and nothing really feels like it’s been overspent or, on the flipside, made particularly extravagant.

That’s not even to say there aren’t problems. The plot of ‘Hero is a giant idiot until he realises he’s an idiot and becomes a true hero’ is one that has been played out in these things that it doesn’t even make it interesting when it does happen. It almost kind of makes it more forced when it does, if I’m going to be honest especially since, for me, I just couldn’t get into Chris Hemsworth’s Thor very much, almost forcing the idiot part into the role when there was no need for it. Also, whilst I have no problem with the acting in general, especially Tom Hiddleston who makes a pretty damn good Loki, Natalie Portman’s Jane Foster seem to transaction quickly from experienced scientist to giddy school girl when Thor comes to seemingly charm her. Not a huge problem but kind of annoying for someone you’d like to take seriously as a character.

Thor is fine as a movie in general. The action is fine, albeit a tad over the top in dramatic music cues, the acting is fine and the story, whilst cliche, does its job in establishing Thor into the new Marvel movie universe. Compared to other movies in the stable, though, being fine will merely be seen as kind of a disappointment from already high standards.

It’s only fair to make this abundantly clear: I hate Catherine Breillat. Anatomy Of Hell (2004) is not only the worst film I’ve ever seen but it’s also a film which makes me physically angry; it makes my blood boil and offends me on a moral level. But here’s the thing: in order for it to elicit such an extreme reaction from me it has to have an idea at its core; a theme or message which digs itself under my skin. It’s a message I despise, but I suppose I must concede that it is there.

The same can’t be said for Bluebeard, however, which finds Breillat on restrained form. The film is completely devoid of the navel-gazing, self-aggrandizing pomposity which marked her earlier work, but it’s also devoid of any conviction or interest and I find myself wishing for the ability to feel something, even if it’s anger. Because the biggest criticism I can launch at Bluebeard is that it’s just damn boring.

There’s nothing to hate or debate or admire. It’s quite a well shot film, but not especially beautiful. It’s occasionally well acted but at times equally wooden. It’s just a cinematic void; a film lacking identity, expression or ideas. Coming away from it I had somewhat mixed feelings. On the one hand it shows Breillat has grown as a filmmaker, and developed a sense of discipline and artistry. But she also seems to have lost her passion and values. In a way I miss the old Breillat – she had something to say and I could hate her for that. With this I feel nothing but tired. The definitive Bluebeard still belongs to Angela Carter, a much more interesting writer on the topics of sexual awakening and fable-set feminism.

Inspector Peter Glebsky (Uldis Pucitis) is called out to the remote Dead Mountaineer Hotel, deep in the Alps. When he arrives it turns out that nobody is expecting him but due to severe weather warnings he decides to stop overnight. The other guests are decidedly odd but nice enough… discussion at the dinner table revolves around aliens and rationality. There is a blackout in the middle of an avalanche and when power is resumed nobody is quite the same as before… one man is dead, another kidnapped himself and an unknown stranger has been recovered from the snow. What’s going on? Something extraterrestrial? Military? Or perhaps even linked to the terrorist cell Glebsky was warned of during a game of pool?

This Soviet sci-fi, based on the 1970 novel by Arkady and Boris Strugatsky, is a lost classic begging for rediscovery – a claustrophobic genre-bending mystery with an atmosphere of otherworldly unease and conspiracy. Kromanov slowly teases us details, all from Grabsky’s perspective, whose fear and disbelief provide a relatable emotional anchor and voice of reason for the otherwise cold and complicated film to rest upon. The score reminded me of Eduard Artemiev’s work on Tarkovsky’s Solyaris (1972) – it’s synthetic and detached; almost mechanical in its chilling precision, but also possessing a spectral quality.

The snowy landscape shots are breathtaking, especially as unfiltered light bursts from behind the dense white veneer of mountains. Nighttime shots are equally compelling as light and mirrors combine to beautifully confusing effect, drawing us deeper into the peculiar mystery. At 80 minutes it’s a fairly slick oddity and remains a hidden gem in desperate need of reappraisal and a decent DVD, or perhaps even Blu Ray release. 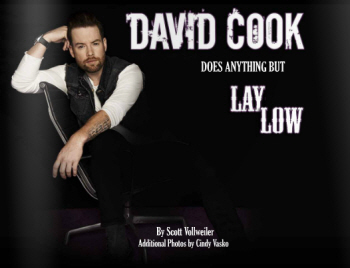