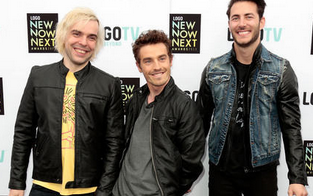 Wednesday was the birthday of my favorite actor in silent comedy: Harold Clayton Lloyd, Sr. (1893 – 1971). He’s best known for features such as Safety Last! (1923) and I always thought of him as the silent Woody Allen (he often battles with authority for the affections of a girl). But for me his finest work is An Eastern Westerner. This highly re-watchable short is a mini-masterpiece – from the opening title card to the thrilling chase finale there’s hardly time to breathe through the entertainment; I can’t recall another film paced so effectively, where there isn’t a single frame that doesn’t grab your attention. The story sees a troublesome young man (Lloyd) move to his Uncle’s ranch in Piute Pass (where “it’s considered bad form to shoot the same man twice on the same day“). He gets up to plenty of comical mischief – including cheating at an expertly choreographed card game – but the film is also an effective Western. The set and costume design do a great job of recreating the period and it stands as one of the best looking genre films of its time – in fact, I can’t think of a better Western before it. From the saloon to the stables, the little town of Piute Pass looks spot-on. Unfortunately even those who love Lloyd’s work tend to look over An Eastern Westerner, but now is the time for reappraisal. Seriously, it’s as good as any Chaplin.

Unflinchingly bleak and unremittingly brutal, London To Brighton is one of the most disturbing thrillers I’ve seen years. Williams’ debut feature (he previously directed two shorts, one of which – Royalty, 2001 – this follows on from) marks itself out as a social realist crime picture dealing with tough themes such as child prostitution. What’s really refreshing about the film is that it doesn’t cling onto any of the clichés or stereotypes of British crime cinema; there’s no post-Lock, Stock poetic thug, for example, who spouts Becket as he beats black and blue some gangland pimp. There’s no sleaze or self-awareness, and the screenplay – tightly constructed as it is – feels underwritten. I mean that as a compliment, because the performances are so naturalistic that it’s hard to believe they came from a script. Most impressive is the young Georgia Groome, who invests her character with real vulnerability; a scene in an arcade has a childish sincerity that just manages to shine some sweetness into the urban dystopia. London is a dark, grimy place here – recalling Mike Leigh’s Naked – where pedophiles and perverts dwell in every corner, risen from their sewer. Even in moments of quiet there’s a disparity and hopelessness that makes for a deeply uncomfortable viewing, and the film is commendable for not pulling any of its punches in confrontational moments. At 80 minutes this grimy chase picture – shot on video, often handheld – is an intense portrait of a city carnivorously turning in on itself and the innocent girl it chooses to prey upon. She tries to escape but the scariest notion of all is that the fear might not be contained to the city itself. Jean-Paul Sartre once said “hell is other people.” Never has that seemed more true.

FIGHT FOR YOUR LIFE
DIR: Robert A. Endelson 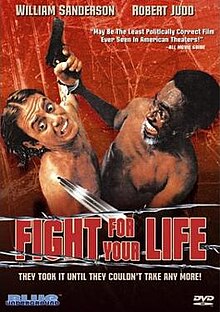 Of all the films on the famed video nasties list compiled by the UK’s Director of Public Prosecutions in the early 1980’s, Fight For Your Life is one of the titles that most thoroughly vanished. It’s not hard to see why. Though this is a less explicitly violent or sexual film than most of the nasties it is certainly one of the hardest to watch.

It’s a simple home invasion film, much like Last House on the Left or House on the Edge of the Park, but in this case the main antagonist (played by a very young William Sanderson, later notable in films like Blade Runner and recently on Deadwood and True Blood) is a racist and the hostages are a middle class black family. The film has been accused of being racist, but that’s rubbish, racism is what Sanderson’s escaped convict uses as his first weapon (and he wields it in practically every line of dialogue), and the film uses it to show how despicable he is, not to denigrate the hostages.

Fight For Your Life is more disturbing because it is a rather well made film, okay the direction is perfunctory, but the perfectly loathsome Sanderson makes for an indelibly disgusting villain and the performances are solid all round, especially from Robert Judd as the dignified head of the captive household. It’s dressed in exploitation clothing, but this is a provocative and interesting film whose interest extends beyond the visceral. Recommended for those with strong stomachs

Nakashima’s Confessions (which comes to DVD today) remains the finest film of 2011 to date, and so it’s with relief and no small measure of happiness that I can report that it was no fluke. Nakashima’s previous film – almost the 180 degree opposite of Confessions – is equally brilliant.

Former JPop star Miki Nakatani gives a brilliant performance in the lead of this dark fantasy musical which flashes back on the eventful life of Matsuko in the aftermath of her murder. She had ended up as a reclusive tramp, but the film mainly charts the more active times of her life; the ups and downs of her love life, work as a massuse, as a prostitute, a prison sentence for murder, Nakashima throws everything in the mix here. There are perhaps shades of Dancer in the Dark, in that the jaunty musical numbers (‘Happy Wednesday’, for example, accompanies an account of Matsuko’s affair with a married man) help to mitigate against some the bleaker elements of the story, but even outside of the songs the film is often funny and charming.

The visuals are bright and bold and highly stylised, as if the whole film is taking place in some heavenly dreamworld (though events often suggest otherwise), or perhaps that the bulk of it consists of Matsuko’s life flashing before her eyes. Whatever Nakashima is aiming for with the style, the film is stunning to look at, and it’s hard to think of another film that looks anything like it. What really powers the film is the sheer charm of Nakatani’s performance as Matsuko and the fact that however surreal the film becomes she remains a believable centre. Overall, Memories of Matsuko is a strange and beautiful film, and I highly recommend it.