The Year of Myles Kennedy: Reviewing Kennedy’s solo album ‘Year of the Tiger’ 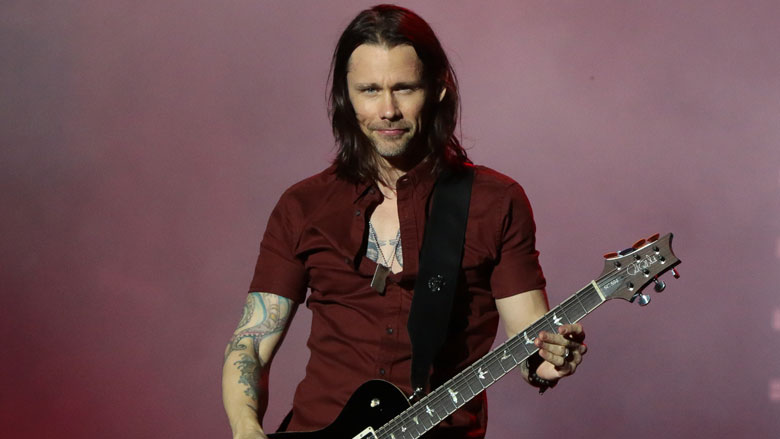 If you’ve been living under a rock for the last 15 years and have no idea who Myles Kennedy is, we’ll gladly catch you up.  Let’s go back to the year 2004 when the former members of the band Creed created a new band called Alter Bridge and re-introduce the world to the man we’ve come to admire, Myles Kennedy.

Kennedy was virtually unknown at this point. He was “licking his wounds” from the fallout of his previous band, The Mayfield Four, and teaching music in his hometown of Spokane, Washington. Kennedy began to work with Mark Tremonti as the frontman of Alter Bridge, singing songs mainly written by Tremonti and writing a few together. They release One Day Remains, go on tour, and disappear for a few years.

Fast forward to 2007 and the band is back under a new label and releasing the critically acclaimed Blackbird album. This album puts them back on the map, allowing Kennedy to show off his skills as a songwriter and guitar player.

In 2008, Kennedy was rumored to be joining the guys of Led Zeppelin in some sort of project. Kennedy would later say that it was nothing more than a jam session with Jimmy Page. Nothing ever came of it with Kennedy.

Jump to 2010, Kennedy and the band are working on their third studio album that would be known as ABIII, at the same time Kennedy was working with Slash on two songs for Slash’s self-titled debut solo album. Kennedy would sing on the songs “Starlight” and “Back From Cali” and eventually become the front man for Slash’s tour that same year. Kennedy just made it to the mainstream. The former Creed guys spend most of 2009-2010 on a reunion tour and recording with Scott Stapp. Kennedy had also begun working on his solo record.

In 2012, Slash formed the group known as “Slash featuring Myles Kennedy & The Conspirators” and released Apocalyptic Love. Around the same time, Guns N’ Roses were inducted into the Rock & Roll Hall of Fame and Kennedy filled in for Axel Rose (Rose refused to participate in the evening) for the performance portion of the ceremony. In 2013, Kennedy and the Alter Bridge guys would release Fortress. Naturally, Kennedy’s stock kept rising.

In 2016, Guns N Roses announced their Never In This Lifetime reunion tour while Alter Bridge went back on the road with their The Last Hero tour. In 2017, Mark Tremonti began to focus on his solo project and it seemed like a quiet year for Myles Kennedy. What we didn’t know is that Kennedy had been working on a solo project.