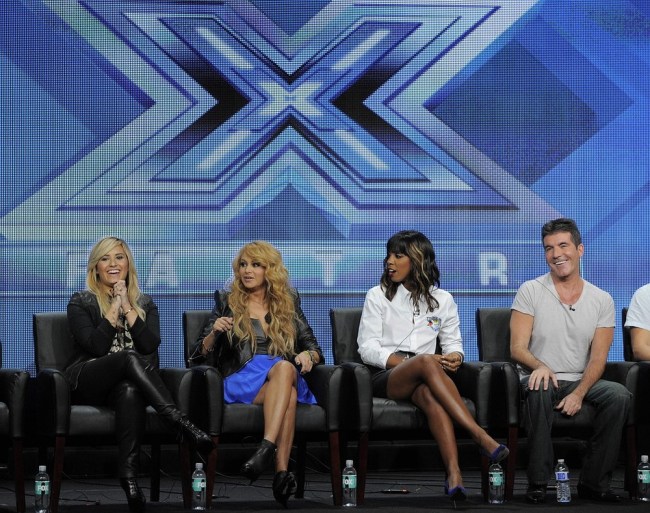 Simon Cowell has slashed the prize money on The X Factor US as he felt $5million was ‘almost too much’.

The TV mogul added that while the prize money is smaller, the winning contestant will still be awarded a recording contract.

Speaking at the Television Critics Association’s summer press tour, TV Line quotes Cowell as saying: ‘[The winner will receive] $1million, still get a recording contract with Sony and become a number one priority.’

He added that he felt comfortable with his new judging panel, which consists of Cowell, Paulina Rubio, Kelly Rowland and Demi Lovato.

‘I feel really comfortable with the girls and I think it’s going to be the best show we’ve made so far’ Cowell added.

It’s got an energy about it this year which has been lacking before. So, I’m confident.’

It also surfaced that the third season will focus more on the contestants’ performances by scaling back on the extravagant sets and background dancers until further down the line in the season.

Executive producer Rob Wade told ETOnline: ‘We love production and don’t want to lost production on the show, but it’s something you’ll see gradually build up over the weeks.