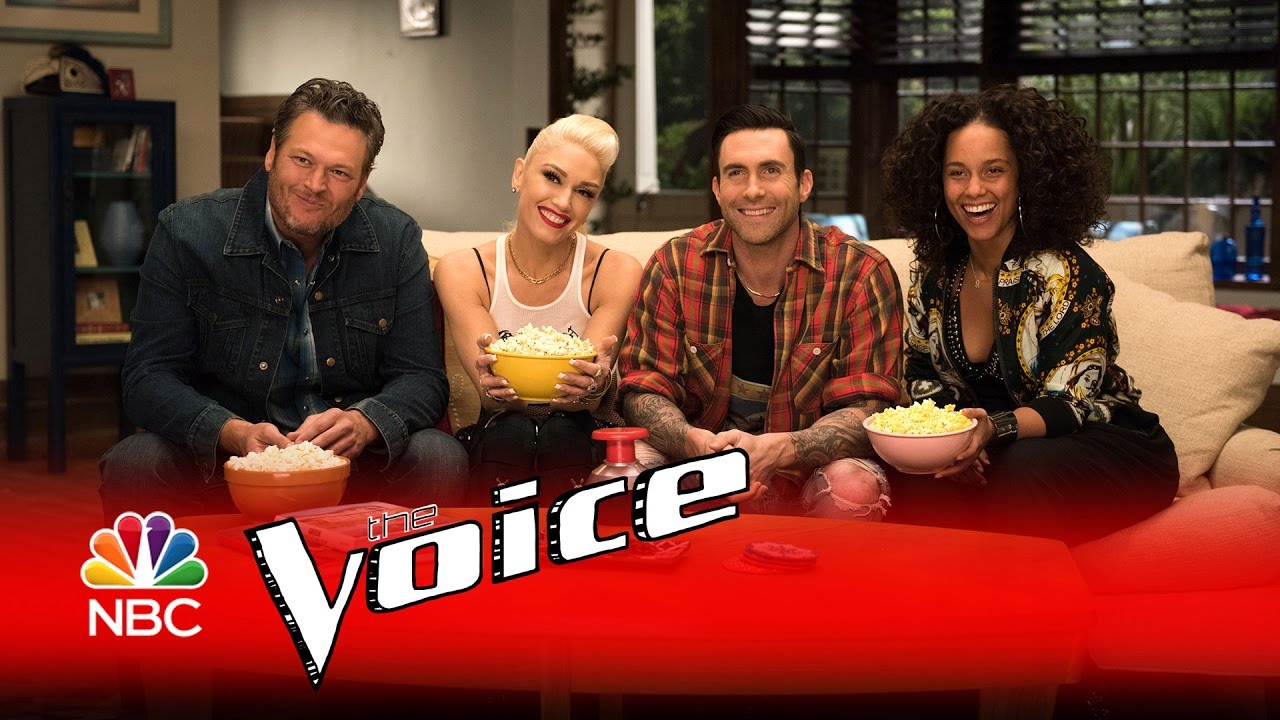 Last night brought more amazing blind auditions and more battles between the coaches. It is no surprise that this season is already filled with so much talent, so let’s see what other contestants joined our coaches teams.

Starts off very strong and powerful, I can’t pin point which singer she reminds me of but she has a beautiful voice. Blake is the first to push his button, and Gwen follows not too far after. Alicia hasn’t pushed her button, but she sings and dances along to the song, pretty much the whole time. Blake and Gwen are the only two to push their buttons so it’s time to watch these two battle it out again. Blake points out that Gwen has not won a show yet, therefore Micah should choose him. But finally, she choice’s to join… Team Blake!

Within two seconds, we can tell he is a country singer, and it is actually kind of hard to tell that he’s singing a cover of a song made famously by Cher. But once Adam recognizes it, he pushes his button and is just in awe for the rest of the song. Even I am amazed by this rendition of the song, it is sung so beautifully and has a country side to it that is just amazing. Adam ends up being the only person to push his button and he is super excited about it, and Taylor seems to pretty excited about it as well.

She has a very sweet and soft voice and just totally has everyone in awe. The chorus comes and Adam and Blake are the first two to push their buttons. Gaby just keeps hitting these amazing falsetto, and at the end of her performance she starts crying, and Adam runs up to hug her and it’s the cutest thing ever. Adam tells her that he is surprised that it was not a four-chair turnaround, and he believes she can win the whole competition on his team. Blake claims that he only has country singers on his team, so having Gaby on his team would be a nice change. Ultimately, Gaby chooses to join… Team Adam!

The first couple seconds of the song is amazing, and Blake thinks so too as he is the first person to push his button! Not too long after, Adam plays it cool and pushes his button while Blake freaks out a little bit. Gwen follows pushing hers, also kind of disappointing Blake, Alicia follows after, making it a four-chair turnaround for Troy! At the end of performance Troy is clearly blown away, and Adam and Blake give him a standing ovation. Troy says he sung the song in tribute to his late father and I would be lying if I said I didn’t tear up a little bit. Blake and Adam continue to bicker per usual, Alicia says that she’d like Troy on her team but also does not bad mouth any of the other coaches, and Gwen says that she feels they are meant to work together. I am actually kind of surprised by the decision, but I support it 100% when Troy chooses to join… Team Gwen!

Fun fact: As I am writing this, Jack is #17 on Trending on YouTube. It is a great performance, Adam is the first to push his button, and not too far after, Alicia pushes her button and she shows so much excitement for Jack playing the piano on stage. Jack was raised by a famous musical family and has basically been singing since he was born. Jack claims that although he loves Adam, he decides to go to… Team Alicia!

Missy Robertson – “Scars to Your Beautiful”

Her nerves seem to be hitting just a little bit, but nonetheless, still an amazing singer. The performance is a little shaky, but Missy is still trying to really blow away the coaches. At the absolute last second, and I’m not even exaggerating it was the very last second, Blake and Alicia push their buttons at the same time! Missy has a very cute and humble personality, and I hope she chooses Alicia honestly. But Blake still gives his pitch and claims that he wants someone on his team who isn’t like the other members on his team; Adam points out that it is the same line he uses when he’s trying to get country singers on his team (which is true). Missy ultimately chooses… Team Alicia!

At just 14 years old, she has such a beautiful and powerful voice, and immediately catches the attention of Gwen, who pushes her button and is in awe during the rest performance. Aaliyah absolutely kills the rest of her performance, and Gwen is the only one who has pushed her button and they are both clearly so excited for this. Aaliyah also shares her background performing songs on YouTube and says that she has covered some of both Gwen and Alicia’s hit songs. She seems very thankful to be joining Team Gwen!

Although he’s got a Pharrell style hat, he kind of reminds me of Usher with his sexy soulful sound. Adam is the first to push his button, with Blake following not too long after. Gwen follows a few seconds later, and all the coaches are just amazed by his stage presence and interactions with the crowd. He has such a strong personality, and totally just clicks with the coaches. Adam says that he is very picky with the people he turns for, and even points out that the only other person he can think of that has ever been able to hit falsetto like that is Prince, and everyone’s jaw drops at such a flattering comparison. But it is true, the way he sang it, less like Usher, a lot more like Prince. Adam says that Kawan would be the number one priority on his team, and later Alicia definitely sides to get Kawan on Adam’s team. Kawan chooses… Team Adam!

The song perfectly matches his style in my opinion, but it is hard to tell who I think would be a better coach for him. Adam is the first to push his button, and Gwen following seconds later. Josh hits this note that Gwen is clearly very impressed by, and Alicia and Blake both give each other a head nod and push their buttons, making it a four-chair turnaround! Josh is 17 years old and he is very cute and kind of shy when talking to the coaches which is interesting because you can tell that he is most comfortable when he’s singing. Josh chooses to join… Team Adam!