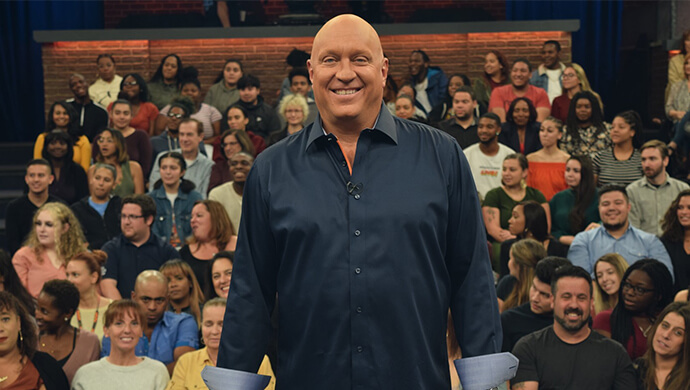 Hundreds of Episodes of the Iconic Talk Shows, “Maury” and “The Jerry Springer Show” Also Sold in Syndication

“The Steve Wilkos Show” is known for tackling issues such as family and criminal justice, True Crime and relationship conflicts. The show is hosted by the straightforward, tough-talking Steve Wilkos, a former Chicago police officer and U.S. Marine, a background that shaped and has distinguished his point of view from other daytime hosts.

NBCUniversal Syndication Studios has also sold its vast catalogue of daytime talk Shows, “Maury,” hosted by Maury Povich, and “The Jerry Springer Show,” hosted by Jerry Springer, into national syndication, ensuring that this iconic block of shows will live on for the foreseeable future.

“’The Steve Wilkos Show’” is one of the best success stories in first-run syndication and I am so proud of Steve and his entire team who puts their incredible passion for storytelling into making a show that resonates with viewers,” said Wilson. “We’re also thrilled that our legendary shows, ‘Maury’ and ‘The Jerry Springer Show,’ will be a part of Syndication Studio’s daytime lineup for years to come.”

“The Steve Wilkos Show” in its 15th season in national broadcast syndication continues to be a consistent performer in the syndication marketplace. The show is averaging a strong 900,000 daily viewers for the 2021-22 season. “The Steve Wilkos Show” delivers a large percentage of its audience from the advertiser friendly Adults 25-54 demographic, while delivering one of the highest concentrations among all the syndicated talk shows. “The Steve Wilkos Show” continues to deliver for its local station partners for the 2021-22 season by building on its lead-in among Women 25-54 in most of the top 10 markets including New York (+18%:  WPIX 12pm), Los Angeles (+9%:  KDOC 10am), Philadelphia (+30%: WPHL 2pm), Dallas (+51%: KDAF 1pm), Atlanta (+1131%: WATL 11am), Houston (+3%: KIAH 2pm), and Boston (+699%: WLVI 9am).