The Shape of Water: An Academy Award Winning Movie about Fish Love 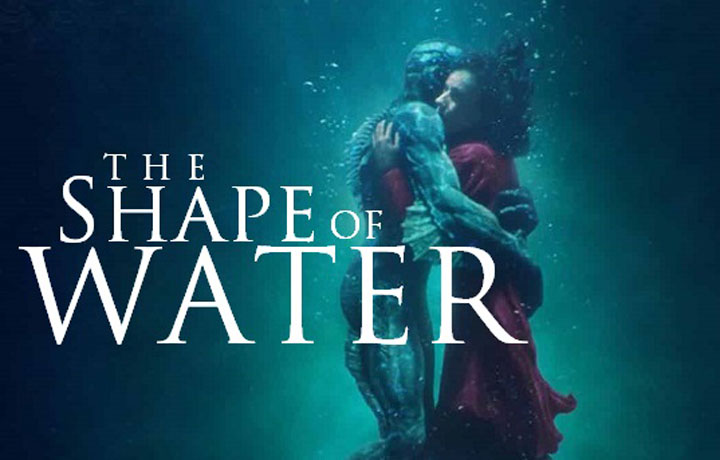 I like most of Guillermo del Toro’s films that I’ve seen, but I had been putting off watching The Shape of Water. No one I knew was really talking about it and the premise didn’t sound like something that I needed to see, so I wrote it off as an eventual DVD purchase or even rental. Then, much to my surprise, it became the first fantasy film since Lord of the Rings to win an Academy Award for Best Picture, not to mention its other accolades. So in one of my few efforts to remain relevant, I decided to move it up in my ever busy schedule.

Having most recently seen and enjoyed del Toro’s last film, Crimson Peak, my expectations were biased towards there being a strange love story with fantastic elements that also not-so-subtly function as some sort of metaphor. I can’t say I was too disappointed on either front; the bizarre romance between woman and fish is a given, but when the narrator warns you that this will be “a tale of love and loss, and the monster who tried to destroy it all,” I’d be genuinely shocked if there were a single person who didn’t immediately understand that this would be a “humans are the real monsters” type of movie.  It doesn’t detract much from the enjoyment of the movie, and there are plenty of other aspects of the film that are more nuanced, but it is worth mentioning due to its prominence and early introduction.

Speaking of nuance, it would be a crime not to mention the beautiful visual direction that del Toro brings to The Shape of Water. He has consistently done well with set and creature designs in the past and this movie is no exception, but his (if you’ll excuse the phrasing) non-verbal storytelling really shines through the use of color, camerawork, and body language of the characters, not to mention the sign language. The actors and actresses should likewise be praised, and the performances of the characters Elisa and Strickland were especially enthralling. The only visual aspect that I would consider to be a stumbling block is that it’s difficult to not draw parallels between the visual designs of the amphibian man and Abe Sapien in del Toro’s earlier film Hellboy, whose similarities aren’t helped by the fact that they’re both portrayed by the same actor.

Another minor nitpick I have is the inconsistency of the movie’s use of subtitles. In some scenes Elisa’s sign language is completely translated for the audience, and in others it’s parroted back either by someone translating for another character’s benefit or her conversational partner basically restating what she has said in their answer to her. I honestly would have preferred all of her statements to have been implied by others’ reactions aside from the one scene where Elisa spells out a certain four letter word, but I wouldn’t have been bothered if all of the sign language were subtitled seeing as they already had to pay someone to do subtitles for the Russian dialogue.

While I did criticize the lack of subtlety in its storytelling elements, The Shape of Water does put its fantastic elements to good use in social commentary. Of course there’s the whole monster on the outside vs. monster on the inside dynamic between the fish and Strickland respectively, but there’s also a contrast between Elisa and her new love accepting each other wholly and a recurring fetishizing of the exotic by other characters, whether it be race or disability. There’s also an interesting aspect of the thin veneer of what’s referred to as General Hoyt as “decency” that covers the darker parts of America’s past. The perfect and happy life presented by salesmen and commercials fails to hide the bigotry and hatred that consistently rears its ugly head throughout the story, and character reactions vary from trying to avert their eyes to accepting this as the norm to, in the case of a few of the protagonists, challenging it.

Lastly, as something that struck me as a little odd rather than as an actual complaint, for all of the sexuality this film does have it stops just short of showing the fish man in any sort of sexual activity. The film is content with having Elisa quite obviously masturbate in her tub, Strickland and his wife have sex well above the covers, and Elisa quite humorously use hand gestures to explicitly demonstrate amphibian anatomy, but anything beyond a passionate embrace with the fish himself is apparently going too far. Whether this is a good or bad thing is left up to personal preference.

Overall, what this movie does well far outshines the few quibbles that I’ve managed to find. I might not personally have considered it as the best movie of the year or my favorite Guillermo del Toro film, but preference aside, it was an enjoyable experience. It might be awkward to watch depending on who you’re sitting next to and how prepared they are for a story about a woman loving a fish, but that’s part of the charm that this movie has in spades.