The Obamas are leaving Spotify 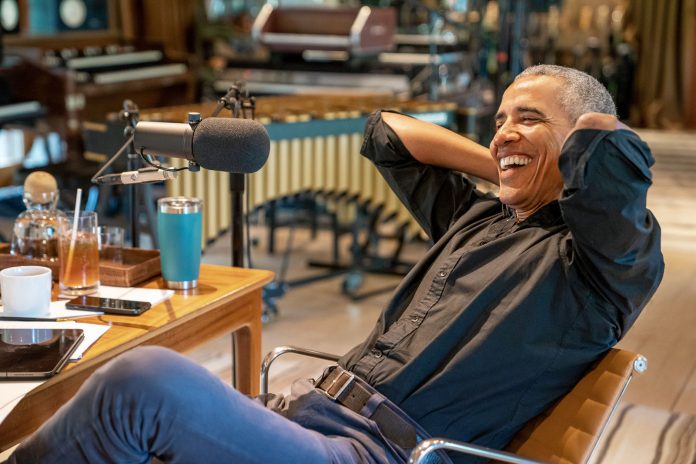 According to the report, the Obama’s production company Higher Ground Productions will not be signing a new contract with the audio streamer. Higher Ground is currently negotiating with other potential platforms for the company’s podcasts.

Key players in the negotiations are iHearMedia and Amazon. Should Higher Ground get a deal with one of these other streaming platforms, the Obama’s would no longer be forced to be exclusive to Spotify.

Bloomberg speculates that iHeartMedia would be the ideal landing place for the Obamas. Higher Ground wants to be able to produce multiple podcasts and release them on many platforms at once. iHeartMedia is currently the only platform that has not historically kept shows exclusive to their platforms.

Bloomberg also reports that the Obamas are only willing to appear on an 8-episode cycle. Most other big podcast deals feature hosts that do weekly shows.

Higher Ground and Spotify had a difference of opinion as to how to handle the distribution of the shows starring the Obamas. Under the current deal, Higher Ground produced The Michelle Obama Podcast and Renegades: Born in the USA with Barack Obama and Bruce Springsteen. The shows premiered on Spotify and would later appear on other podcasting platforms months later.

The Obamas wanted to reach a broader audience. Being exclusive to Spotify limits that goal.

Spotify also wanted the Obamas to be the primary personalities to be featured on Higher Ground produced podcasts. However, the Obamas wanted to give a platform on other hosts.

Commentary: I am surprised that the Obamas aren’t going independent with these shows. What do these platforms provide their podcasting partners outside of an ad-revenue network? Not much.

The Obamas would be able to draw bigger audiences than what iHeart or any of these others platforms would offer. They would also be able to control their content and where it gets distributed.

In fact, the more I think about it, the more I realized that these platforms would benefit more from the Obamas than the Obamas would from the platforms. It would not be that hard for Barack to set hire or partner with an midroll service to handle the ad-sales side of the business for Higher Ground.

The best thing the Obamas could do is set up the infrastructure to do podcasting independently. However, I am sure that the Obamas would love that multi-million dollar podcasting deal.