Kennedy’s Best Work Yet: ‘The Ides of March’ by Myles Kennedy review 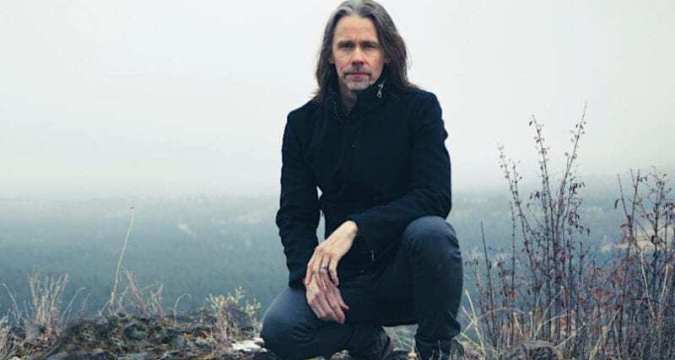 Myles Kennedy is back with a new solo record, The Ides of March. Kennedy took advantage of some unexpected downtime in 2020 and created something that only he can pull off. The Ides of March is a major departure from the 2018 solo debut of Year of the Tiger.

While his solo debut, Year of the Tiger was more of a folksy, country-esque record, The Ides of March takes a different turn. Kennedy has said in multiple interviews that when he wrote this record, he realized that he had unintentionally written and produced a rock album.

Kennedy opens Ides with “Get Along.” Kennedy explains that this song was inspired by the events following the Rodney King verdict in the 90s. Little did he know that this song would come to define a summer.

The song kicks in with a nice slide on the guitar. It’s high energy, and a great way to kick off the record. Kennedy’s signature scratchy voice begins with the words “I still remember just like it was yesterday, the moment the gavel brought the fires and the rage.”

“Get Along” is a great rally cry for the world as a whole. The message in “Get Along” is honestly hopeful and brings a smile to my face.

Next up is “A Thousand Words” which displays more of Kennedy’s range on the guitar. He opts for a mellow intro on this song before the full band kicks in for the first verse.

The guitar work on this song is absolutely stunning. Kennedy does a great job allowing his skills to shine through on this record, and the song is yet another great message for the pandemic world we live in.

The next piece is the lead single for Ides of March, “In Stride.” Kennedy uses an epic glass slide on his resonator guitar to really help set this song apart from the first two. The very first thing you hear is two beats from the drums with guitar mixed in, followed by that slide guitar.

The message of this song is simple: take the challenges of your life in stride. Kennedy talks about how this song was written in the heights of the panic buying and pandemic fear. He admits that he was also scared about the future during the pandemic.

The words “Cool down baby, you know gonna burn out in time / Sometimes you gotta let go and open your mind / just take it all in stride” can be applied to a post-pandemic world as well.

Kennedy really pushes the message of not living in fear. Live your life in stride and be bold during chaos. This song is going to be in heavy rotation for me during stressful times.

The title song is up next. I wrote an in-depth review about the work where I said that this song is a Grammy worthy song. I still stand by that review, you can read it here [LINK ME].

This song is well-placed after ‘In Stride’ and really helps bring the record into a different state. The tone change helps calm the mood. You have this massive, upbeat, fight song thing with ‘In Stride.’ With “Ides,” we get a song for slow dancing.

I’ve said it before and I will say it again: if this song doesn’t win a Grammy, the Grammys have no reason to be around. This is a masterpiece and will certainly go down as one of the greatest rock songs in modern history.

Kennedy returns to an upbeat tune for “Wake Me When It’s Over,” and I believe we can all agree with those words. The intro on this song really makes me think that his time with Slash is rubbing off on him and allowing him to challenge himself more.

The guitar work on this song is fantastic. The opening line of the song is priceless – “Close your eyes to the world outside, it’s a shitstorm so they say. It’s just you and I on an endless holiday.”

The theme of this song seems to tell the story of most people going through 2020: getting high or drunk to pass the time and asking someone to wake them up when it is all over.

“You can wake me when it’s over / so that I can dream again” is my personal theme for the first half of 2020. I really enjoyed this song. It was high energy and gave us a great message. I think there are many people who will listen and resonate with this.

At one point, Kennedy sings “I’m scared as hell, I can’t pretend… what comes next, well I must confess, I haven’t got a clue” and this right here shows that Kennedy is so connected with his audience and what they’ve been through this year.

The next piece is very calming. Kennedy slows the album down once again with “Love Rains Down.” He finger-plucks his guitar for the opening notes on this song. His voice slides in and he begins to sing….

“Let your love rain down, let it wash away these sorrows…” I felt this in my soul. We need love. We need love from someone who can help ease our pain.

Kennedy does a great job with the flow of this album. He’s mixed his high energy songs in really well with his ballads. Going from “Wake Me When It’s Over” into “Love Rains Down” helps the listener take a breather and appreciate the art that Kennedy brings to the table.

It’s time for some blues! Kennedy breaks out his slide guitar again for “Tell It Like It Is.” This song has a nice clap rhythm to it. It sounds like Kennedy was inspired by some classic rock on this one.

“Tell It Like It Is” is going to be so fun to experience live. The song especially kicks into high gear with the second verse.

As the album progresses, it seems like Kennedy slips more into his bluesy core. “Moonshot” brings some Year of the Tiger vibes to Ides. Kennedy’s vocals are incredibly strong on this song.

Kennedy takes advantage of this moment to encourage his audience to keep fighting to get back to normality. “I know its a moonshot, we can stop, until we get back to the start. If this is the last chance, then take my hand. If there’s a miracle left in your heart, it can’t be that far.”

This song feels like a song lifted right of the 80s. Maybe something right out of the early Aerosmith days with a Kennedy twist?

Kennedy brings a slightly different sound with “Wanderlust Begins.” This song comes off more optimistic than the rest of the record. In fact, the lyrics prove my point. Along with the upbeat music, Kennedy sings “Don’t give a damn where we go or what might be, as long as I’m right here with you…it’s gonna be alright again.”

When I heard this song, I could feel my anxiety lift. Kennedy gives us a message of hope. A message of new beginnings where “wanderlust begins.”

Kennedy unashamedly shows off his vocal range on this song. In the bridge, he uses his falsetto and flexes his control and tone.

“Sifting Through The Fire” is another great message about unity. As Kennedy stated in his videos for these songs, many of them were written during the height of the pandemic. He talks about how we are “sifting through the fire” of truth. We are “burning up and burning out for what cannot be found in the reminisce of the truth.”

The album wraps up with “Worried Mind” and Kennedy slows it down once again. He brings back his bluesy side one last time. He strips down the first verse with just a high hat, some kick drum, and a bass line. It isn’t until the last half that Kennedy brings in some guitar picking to accompany his vocals.

Kennedy really brings out his blues background for the guitar solo. I feel like I need to be in a cigar lounge, sipping whiskey and smoking as his solo plays out. It totally made me embrace his goal of easing people’s “Worried Minds”.

Overall, this record is a strong collection of Kennedy’s work. Ides of March is a defined departure from the sound Kennedy crafted for his solo debut, and a massive departure from his Alter Bridge and Slash work.

Kennedy dives deep into his repertoire to bring out so many different aspects of himself. He allows his rock and roll side that he is most famous for to play out while complimenting his hard rock side with the blues he grew up on.

What I love the most about this record is the epic journey Kennedy takes you on. He doesn’t shy away from his feelings about the events from last year. In fact, he puts them right in your face and tells you that you need to “get along” and take the adversity “in stride.” He uses his platform and his fame to bring people some hope and peace. His fanbase will appreciate the way he guides them to breathe.

My final thoughts on the record: The Ides of March will go down as one of Kennedy’s greatest collections of work. It is a great listen from start to finish.

Ides of March is out on May 14 on all major platforms. Check out MylesKennedy.com for more information.