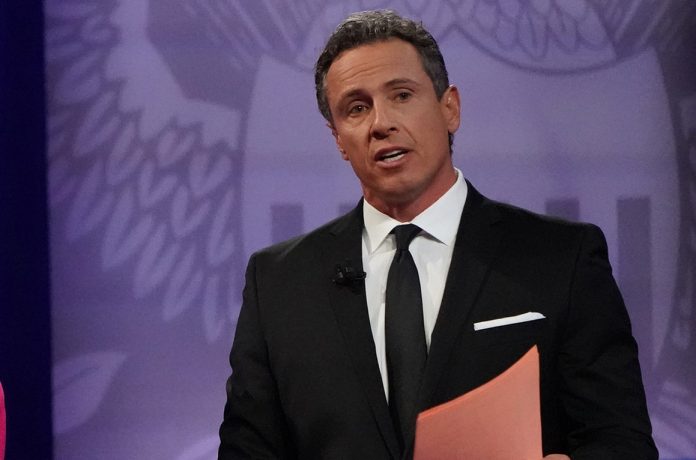 Former CNN host Chris Cuomo has had a horrible, no good, very bad week. Here is a breakdown of the terrible week that Cuomo is having.

It is important to know that Chris Cuomo’s brother is Andrew Cuomo, the disgraced former New York Governor. Andrew Cuomo has been accused of sexual harassment and assault.He was later forced to resign as Governor.

On November 29, 2021, news broke of Chris Cuomo being much more hands on than he originally let on. Cuomo had originally said that he had been a “brother” and was just “listening” and offering “my take.” It later came out that he had used his contacts and resources to verify reports and help his brother combat claims. It is vital to note that Cuomo never reported on the allegation against his brother.

In a statement from CNN, the organization announced that they would be investigating the allegations against Cuomo made from the investigation from New York Attorney General Letitia James.

“The thousands of pages of additional transcripts and exhibits that were released today by the NY Attorney General deserve a thorough review and consideration,” the statement said.

“We will be having conversations and seeking additional clarity about their significance as they relate to CNN over the next several days.”

It was reported that Cuomo had texted Melissa DeRosa, a top aide to Andrew Cuomo, about following up on different woman who accused the disgraced former Governor of touching and kissing her against her will at a wedding.

In a March 7 text, DeRosa wrote, “Rumor going around from politico 1-2 more ppl coming out tomorrow.”

“Can u check your sources,” she added.

“On it,” Chris Cuomo replied back. Chris Cuomo appeared to have no issues using his CNN sources, resources, and reach to help his brother out in a clear conflict of interest.

On November 30, 2021, CNN announced the suspension of Cuomo.

In a statement, CNN said:

The New York Attorney General’s office released transcripts and exhibits Monday that shed new light on Chris Cuomo’s involvement in his brother’s defense. The documents, which we were not privy to before their public release, raise serious questions. When Chris admitted to us that he had offered advice to his brother’s staff, he broke our rules and we acknowledged that publicly. But we also appreciated the unique position he was in and understood his need to put family first and job second. However, these documents point to a greater level of involvement in his brother’s efforts than we previously knew. As a result, we have suspended Chris indefinitely, pending further evaluation.

On December 1, 2021, CNN host Brian Steltar said he believed that Cuomo would be back by January.

The host of Reliable Sources said

On December 4, 2021, it was announced that Cuomo would not be returning to CNN. The network announced his “immediate termination.”

CNN said in a statement: “Chris Cuomo was suspended earlier this week pending further evaluation of new information that came to light about his involvement with his brother’s defense. We retained a respected law firm to conduct the review, and have terminated him, effective immediately.”

On December 5, 2021, allegation that Cuomo sexually harassed a former producer of his became public.

Katz released the following statement outlining her timeline of events:

“In the wake of public sexual harassment allegations against former Governor Andrew Cuomo, Chris Cuomo looked directly into the camera and told viewers of Cuomo Prime Time, “I have always cared very deeply about these issues and profoundly so. I just wanted to tell you that.” Subsequently, the Attorney General released jaw-dropping documentary evidence demonstrating that Chris Cuomo played an active role in attempting to smear women whom the Attorney General concluded had made serious allegations of sexual harassment and sexual misconduct against the Governor. Hearing the hypocrisy of Chris Cuomo’s on-air words and disgusted by his efforts to try to discredit these women, my client retained counsel to report his serious sexual misconduct against her to CNN.

My client came forward at this time because she felt in sharing her story and related documentation, she could help protect other women. She will continue to cooperate with CNN’s investigation into her allegations. Given the nature of her allegations, she wishes to remain anonymous, and we ask that you respect this decision.”

Chris Cuomo was also accused of sexual misconduct from a former producer of his. Shelley Ross produced Primetime Live on ABC when Cuomo was the anchor. She wrote a piece for the New York Times where she accused Cuomo of sexually harassing her.

On December 6, 2021, Cuomo announced that he would be resigning from hist SiriusXM show.

In a Tweet, Cuomo said he was putting his family first and leaving his radio show.

Cuomo said “…I also have a family, for whom the past week has been extraordinarily difficult, So, right now, I have to take a step back…That means I will no longer be doing my SiriusXM radio show.”

The New York Post reports that Cuomo was told he would not be able to stay at Sirius. In the report, Cuomo was said to have wanted to stay with SiriusXM.

“Following Chris Cuomo’s statement that he is leaving his SiriusXM show, ‘Let’s Get After It’ will no longer air. We thank Chris for his work at SiriusXM.”