Today it’s portrayed as the ultimate fantasy; being whisked away by a rich powerful, Richard Gere type man to be wined, dined, spoilt ….and paid. But while there are a small minority of women actually lead lives such as these, the rest lead lives of unspeakable horror. As the recession intensifies, so does the number of women drawn into selling themselves for money, and risking their lives. The question is what is being done about it?

After nearly 15 years of being an expensive escort earning up to $1,350 an hour, author of ’Sex Secrets of Escorts: Tips from a Pro’ and certified Sex Educator, Veronica Monet looks back on how she was inexplicably lured into the obscure world of high-class escorting.

“I had fallen in lust with a beautiful escort and her life defied all the stereotypes. She was married, had three kids, drove a Mercedes and lived in a huge house. I quickly went from feeling sorry for her to being jealous.”

By the time she was 30 she had been escorting for two years on a healthy six figure income. It wasn’t long before Veronica was travelling the world, eating in the finest restaurants and shopping at expensive boutiques. “The money was wonderful. It was every bit as glamorous as I thought it would be. The clients I chose to work with were amazing men: powerful, wealthy, generous, educated, kind and intelligent. I was spoiled with day spas and my own private hotel suites. The sex only accounted for a couple hours out of several days.”

After retiring five years ago Veronica is still pained by her encounters with others in the profession and how her career was laced with glitz, glamour, power and money while others faced a dark reality of violence, brutality, drugs and rape. But still she speaks of how satisfying and pleasurable her career as an escort was. “I would much rather catch a plane to a beautiful resort and sit on some bored business executive’s face than do any other job.”

This doesn’t mean that the average street prostitute shares her sentiments. The reality is some women can’t escape. 87% of women in street based prostitution use heroin and 80% of women in prostitution have been the victim of a rape. Some are hopeless and in desperate need of an income, not everyone can be as satisfied and wealthy as Veronica Monet.

There are estimated to be around 80,000 people involved in prostitution in the UK. Research by the Poppy project identified 1500 establishments involved in the off-street sex industry in London alone. The prostitution market in the UK is calculated to be worth up to £1bn; in such dark economic times it’s easy to see how the falsely promoted image of the ‘happy hooker’ could lure desperate women into the profession.

Bianca Albarracin yo-yoed with the profession for two years but saw the violent, shady side and eventually wanted out.

“I picked up a copy of the New York Press and I saw ads in the back for adult employment. It said: Looking for pretty Hispanic ladies, Brunettes preferred. I called the number and spoke to the woman who called herself Elle. My first night I was almost arrested and had to run down a hotel stairwell. One time this girl was robbed and held at knife point at a call that was meant for me. I will never forget the look on her face as she came in through the door. During my time I met lots of unfortunate girls with violent pimps. You might see girls selling themselves on the streets but what you don’t see is the man around the corner ready to smash her head in if she doesn’t do what she is told. I had a lucky escape and stopped when I was almost arrested again.”

So it is wrong to assume that all prostitutes are like Julia Roberts Character in Pretty Woman, street prostitutes lead completely different lives to the small minority of high-class escorts.

Independent Researcher in men’s violence against women, Jennifer Drew believes this media portrayal is leading women in need astray, down a false path where they will ultimately come face to face with a cruel reality.

“There are numerous myths concerning prostitution which is promoted by the sex industry, the media and popular culture where we constantly read stories and see programmes such as ‘secret diary of a call girl’. It is not surprising so many women and single mothers actively consider this as a way of lifting themselves out of the poverty trap.”

The media has immense influence over society and whilst not all individuals actively accept the media as reflecting the truth representations certainly reinforce ingrained beliefs concerning men’s pseudo sex right to women as and when they demand. “Given the dire economic circumstances women, in particular single mothers have no choice whatsoever. Bills still have to be paid and the Government penalises single mothers by reducing their benefits if they have not found work within a certain time scale. The Government need to start doing something to stop the rising number of women turning to selling themselves for money.”
66% of young people learn about sex and relationships through the media; this has been recognised by the United Nations Convention to Eliminate Discrimination Against Women (CEDAW) which calls on States to take decisive action to tackle objectification.
In 2008 the UN CEDAW Committee found that the UK had still not enacted any relevant policies and strongly called for action to be taken by the UK Government.

In November last year the Government published a review tackling the demand for prostitution and recommended measures should be targeted at reducing areas of sex market. The Act of paying for sex not illegal for either party, but there are a number of offences related to it. It is an offence to cause or incite prostitution or to control for financial gain or to run a brothel. Kerb crawling is also illegal. There are a number of issues the Government has been considering – focusing on those who pay for sex and their harmful impact on the community rather than those selling it. Jacqui smith, home secretary has looked at ways to make it easier to prosecute those involved in it.

John Butterfill, MP believes prostitution is a serious issue which demands a thoughtful and measured approach.”I believe the Government should as priority focus on enforcing the laws that already exist to tackle this problem. But legislation alone will not end the practice, we must address the reasons why so many women find themselves trapped into a life of prostitution.”

Celia Barlow, MP has campaigned extensively for areas that normalise sex work such as for lap dancing clubs to be illegal. “I myself am very concerned that desperate people may turn to prostitution to supplement their income in difficult economic times, the proposed legislation to make it easier to prosecute those involved in prostitution should help reduce the number of vulnerable women lured into the profession.”

At present the Government are still contending laws on what to do about the oldest industry that’s so clouded in secrecy and lies.

Cari Mitchell from the English Collective of Prostitutes opposes the Governments attempts to slowly burn out the sex industry. “As the economic recession hits, many more women are likely to resort to prostitution to feed themselves and their families; if prostitution is forced further underground by these measures the risks they are forced to take will be greater. Unwaged and low-waged work is the reality of most women worldwide, and prostitution is a job that enables millions to feed our children and pay the rent. ”

Genesis is an organisation that offers women support and alternatives to sex work. Jane Glover believes instead of the Government attempted to crack down on the people paying for sex and trying to eliminate it completely, they should focus on preventing helpless women turning to this profession. “A lot of women can’t cope with children, have a drug addiction or are facing domestic abuse. The Government should work more closely with social and health services to provide women in these situations a way out. We help by providing counselling, support and health advice, but women shouldn’t be continuously in these situations. I want to see more done for women.”

The Feminist Coalition Against Prostitution agree. “Most women want to leave immediately if they could survive financially some other way. It is not a career choice we should be promoting to our young women. We should be looking at why a man is able to pick up the phone and order a woman like a take away pizza.”

So while a small minority of women are catapulted into the world of high-flying escorts and delve into the life of a happy hooker, the sad reality is there are desperate women that are being manipulated by this alluring, exciting lifestyle image, when the truth that lies behind the wooden image of the ‘happy hooker’ is much darker.

Instead of focusing on eliminating the profession, the Government should divert their attention to eliminating the situations that trap women in to this lifestyle that we can see, isn’t so pretty. 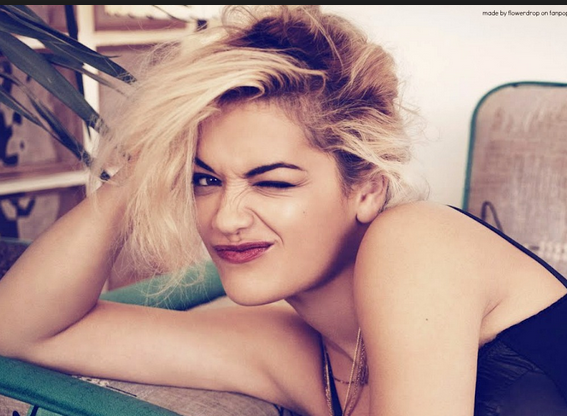