The Handheld titles to look out for at E3

This article was first published on Gamer’s Guide to Life and it remains their property.

It’s an interesting time in the handheld market right now. Nintendo are going to showcase their new 3DS, finally revealing to us what the thing looks like and how it works, whilst Sony has thus far been able to keep plans of their potentially new PSP under wraps – probably learning from the PSP Go! disaster last year. Hardware is one thing, but the things which will get people excited are the games lineups for each handheld.

The possible surprise package of the handheld range of games at this year’s E3. Not much has been revealed about it since screenshots did the rounds just last year, and no major details have come out since 2008. But with it comes the combined pressure of getting together Professor Layton developers Level 5 and the most well known Japanese animation company in the world – Studio Ghibli, creators of Ponyo and Spirited Away – together on a game. It’s not on the official lists for E3 so far but there is no way that it won’t be talked about in some way at this year’s convention. Maybe even a promotional video à la last year’s Golden Sun?

God of War: Ghosts of Sparta

In what has been billed as the last God of War game, Ghosts of Sparta brings Kratos back to the PSP from Ready at Dawn Studios, the same people who developed the very good Chains of Olympus for the same handheld. Since it was announced in May, nothing has really been said apart from the fact that it’s based directly after the first God of War back on the PS2, and showcases Kratos’ rise to power. It’ll be much bigger and have more over-the-top boss stages then Chains of Olympus. Being honest though, after God of War III do you really need to know anything else apart from ‘you play as Kratos and you hack the ever-loving bejeezus out of things’? Because I don’t think they need to stretch that far from a formula that already works very well.

Scribblenauts was a game applauded for its originality and creative potential, and won several critic awards at E3 last year. To its credit, the concept deserved every accolade it was given. Gameplay-wise, however, was where weaknesses began to show. It relied entirely on stylus, touch-screen based controls which made the experience more difficult than it had any right to be. Despite this, it was still one of the biggest selling DS titles of last year.

Like ‘The Another World’, not much is known about Super Scribblenauts, but what we do know is that there will be D-Pad controls, no camera problems, tamed physics, adjectives added to the word count and “limitless creative opportunities”. In a game that already allowed you to put God riding a skateboard armed with a shotgun vs. Cthulhu, that literally could mean anything. E3 will be where we find out whether Warner Bros. Entertainment can repeat the high praise Scribblenauts got last year or whether the sequel will be overshadowed by something else entirely.

Confession time, folks; I didn’t care for Kingdom Hearts: 358/2 Days. I pretty much returned it when I was not even that far into the game. It had nothing to do with the gameplay, which worked really well, but it was the story. I wanted to get to the meat of everything; I wanted to see Mickey and everyone else. Instead I got a character’s backstory that, according to what I found out, didn’t even matter in the long run of the continuity of Kingdom Hearts. I wanted the atmosphere and gameplay that was experienced in Kingdom Hearts 1 and 2.

So Birth by Sleep is a breath of fresh air. It’s the experience I’ve been craving and seems as though Square Enix are giving the people (albeit me) what they want. It takes place ten years before the first Kingdom Hearts and features locales that were prominent in the first game, including Olympus Coliseum and Neverland featuring all the iconic Disney characters that you know and love. The nice thing about it being a prequel is that new players like me won’t have to worry about knowing about continuity and whatnot; and for the hardcore players, they can follow the story from the beginning. For us Western gamers, too, it brags one of the most star studded voice acting cast in video games including James Woods, voice acting supremo Mark Hamill and Leonard Nimoy.

Gameplay is in-keeping with the action RPG touches I really liked in 358/2 Days, and also adds an array of new features such as the ‘Command System’ where the role of each character in your party changes as the command bar fills up. There’s also even going to be a whole set of multiplayer modes which can lead to rewards in game for the players who do well. My biggest hope is that it doesn’t try and drag the tutorials and exposition as much as the DS game did and put off potential fans which, in terms of most JRPGs coming out in the last few years has been a 50/50 gamble for Western audiences.

Oh, and while I’m on the subject, this month’s Game Informer marked the confirmation from creator Tetsuya Nomura that we will see one of two new Kingdom Hearts games at E3, so it’ll make it a double whammy of KH fandom satisfaction in Los Angeles.

For any franchise to outsell one like Pokémon is a landmark on its own. Dragon Quest 9 did that earlier this year in a time period when it had no right to do so. Dragon Quest IX, being released on July 11th (with it coming a week later to Europe), was designed with international sales in mind. It was a more action-based experience then its predecessors and integrated more to Western RPG foundations, so no random battles and more of a focus on multiplayer aspects such as involving your friends in World of Warcraft style quests and raids.

The main fuel for this has been Level 5, who only previously worked on another DQ game for the PS2 back in 2004 and having been able to get a wide appeal for the first two Professor Layton games with tweaking of the puzzles used in them from old Japanese puzzle masters, they seem to be the ideal choice to bring this game to an audience that could make it sell even more then it already has.

The important thing to remember from this is that this is the first time that a Dragon Quest game has been made especially for the Nintedo DS. Everything that has been produced and showcased has pushed the power of the handheld – the game is certainly already looking like one of the most detailed to have come to the DS. The sylus comes to play in movement, in customisation and in how you battle, so the experience will be truly unique for fans of the series instead of modded as past European releases of the series have been.

Again, it’s a game that hasn’t been flat-out announced for E3 but I’m sure Nintendo would want to have one last push to the world’s media before finally releasing the biggest selling title in Japan to the West even if it will only be reduced to a mere bit part.

Any and all Nintendo 3DS Games 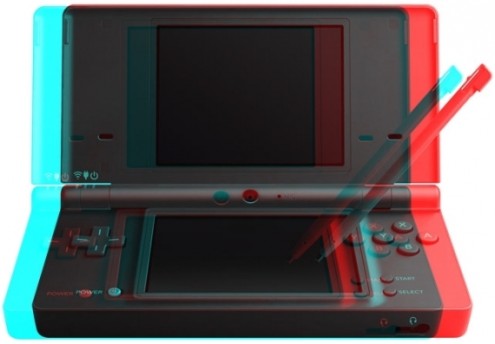 The biggest criticism that I could level at Nintendo with the DSi is that they never really did anything with it. Sure, you could download bundles of camera apps from the DSi store and play with random characters to your hearts content. The Facebook integration was a stroke of genius but it didn’t factor the same ‘Must Buy This’ reaction of, say, the Wii MotionPlus being combined with Wii Sports Resort. The DSi Store has yet to produce a real title to make the public talking apart from Nitendo’s own ‘Photo Fighter X’ which allowed the player to be in their own 2D fighting game with attack poses and victory cries. As much as it felt fresh and original, wasn’t worth splashing out over £100 for a DSi.

So with that I’m slightly hesistant about what Nintendo has planned concerning the 3DS. Especially considering that people have come out to say that the 3D can be switched off and can be played without it. You have to remember that the general public is not fully convinced by 3D yet. Avatar was a huge success, sure, and 3D has a potential to be a good thing for both movies and video games; but you have to make sure to execute it right. Since much of Sony’s conference will have 3D games, it doesn’t give Nintendo much leeway to get this wrong.

On the flip side, a handheld is a good start in making 3D work, especially since it’s not the typical 3D focusing more on scope rather than ‘throw stuff at your face’ 3D. It would also make it more popular because, compared to buying a 3DTV, getting a handheld that specialises in it won’t cost you an arm and a leg. But let’s also remember that this is Nintendo we’re talking about. The reason Sony and Microsoft are making new motion controllers is because Nintendo is the market leader at doing them. If anyone is going to get 3D right, or at least at a stage when someone else would get it right like motion controllers are at, it’s them.

As long as the first major announcement isn’t Mario Calculator in 3D I think we’ll be fine.

Eoin is writing for Gamer’s Guide to Life’s E3 coverage throughout the next couple of days. Check out the special E3 page and read up on the latest news and views to come from Los Angeles.

Online Dating: Digital Companionship or Time to shut down?

You Have Issues #13 – Blackest Night Halloween...

From Heart Throbs to Legends

One Word or Less Comic Reviews for August...