The Chang Show Is Back For More: The Black Heart Episode

The Chang show is back for another episode on Rock One LA! Chang and Ruben Jay are back in the studio to entertain your earbuds, playing great music and talking about topics that you truly care about. 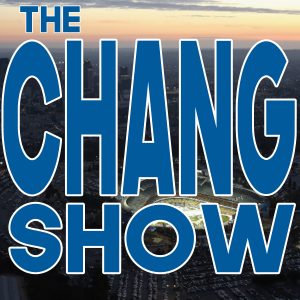 On today’s episod,e the guys talk about Bono losing his voice on tour. Chang talks about how badly it is for someone who uses their voice for a living to lose their voice. They also talk about how they would handle the show being canceled.

Then the gang talks about KFC is giving out $11,000 to someone who names their child Harland. From KFC they go on to the In n out Boycott and then fast food poisoning.

On the docket next is the Ozzy Osbourne retirement tour. But they, the guys end up ranting about pharmaceutical drugs. You will love this rant.

Chang goes into a rant on fake boobs, and how he loves real women with real bodies.

Talking new album releases, the guys talk about the new Alter Bridge live album. They went on to talk about how the band has been able to recreate their sound with the orcheastra. Chang in impressed on how far the band has come Creed.

Chang does a shout out to mental health and encourages people

They talk about the new Slash album as well as the potential of doing an GNR album.

The guys end up talking about drug use in the industry and how people take a bad take on people who have overdosed using drugs. The two discuss people like Scott Wieland, Amy Winehouse and Demi Lovato’s overdoses.

The Chang Show is a Rock One LA Production in association with MultiMediaMouth.com. Support the show by getting some merchandise over at http://teespring.com/store/rock-one-shop.

One Word or Less Comic Reviews for August...

Why Haven’t You Seen…? Raging Phoenix