Aretha Franklin Passes Away at 76

The Queen of Soul, Aretha Franklin, passed away early this morning at her home in Detroit, she was 76 years old.

Franklin had been battling a number of illnesses over the years, and earlier this week was listed as “gravely ill” by family and friends.  While asking for privacy and prayers, they also said they were “prepared for the worst”, according to BET.  Franklin’s publicist, Gwendolyn Quinn has reportedly said, her cause of death is being listed as advanced pancreatic cancer.

The Queen of Soul had a career in music that spanned more than five decades, with over 100 singles on the Billboard chart, she sold over 75 million records worldwide, won 18 Grammy awards, one Golden Globe, has a star on the Hollywood Walk of Fame and in 1987 was the first woman to be inducted into the Rock ‘n Roll Hall of Fame.   She also performed at the presidential inaugurations of Jimmy Carter, Bill Clinton and Barack Obama, respectively.

As news of her failing health spread rapidly over the past few days, Reverend Jesse Jackson and Stevie Wonder reportedly visited her at bedside to pay their respects.  As well as Beyonce and Jay-Z dedicating their ‘On The Run’ tour stop in Detroit this past Monday night, to Franklin.

Franklin’s last performance took place on November 7, 2017 in New York City, at Elton John’s 25th anniversary gala for the ‘Elton John AIDS Foundation’.  It was at that event where John declared Franklin the “greatest singer of all time”.

Aretha Franklin, The Queen of Soul, she will be sorely missed by many, but her music will live on forever.

A number of sources are reporting that ‘The Queen of Soul’ Aretha Franklin, is gravely ill and surrounded by friends and family at a Detroit hospital.  They are asking for prayers and privacy at this time and are said to be preparing for the worst, according to BET.

Franklin, who turned 76 in March, has been battling health problems for years.  Despite her poor health, she continued to perform up until last year.  Her most recent performance was last November in NYC.  “Doctors orders” forced her to cancel a series of performances last summer and her doctor has recommended that she stop touring all together. 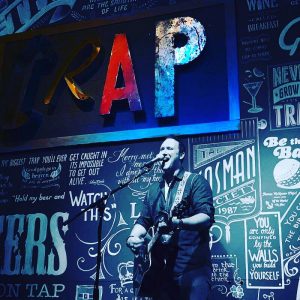 Mexican singer Jenni Rivera’s plane crashed leaving her and 5 others dead, this is according to TMZ.com. Rivera had performed a concert last night in Monterrey, Mexico and was on her way to Toluca for another concert that evening when Mexico’s Ministry of Transportaton lost contact with the plane.

At about 3:15AM, official said they lost contact with the plane that held Rivera and 5 others. And at about 2:15PM (PT), there were reports of a plane crash, later confirmed to me Jenni Rivera. RIvera is survived by 5 children at the age of 43.