Animals making predictions about upcoming events isn’t anything new.  Each year we request the assistance of a groundhog to tell us if winter is hanging on for 6 more weeks or not!

Well now that Super Bowl 52 is upon us this weekend, we’re getting predictions from all over the place, human and animal ones alike!  Surely you remember April the Giraffe, right?  The giraffe from Animal Adventure Park in New York who gained instant internet fame last year when millions of people watched a live zoo feed in anticipation of her baby calf delivery.  She is just one of many making a prediction for this year’s Super Bowl winner. 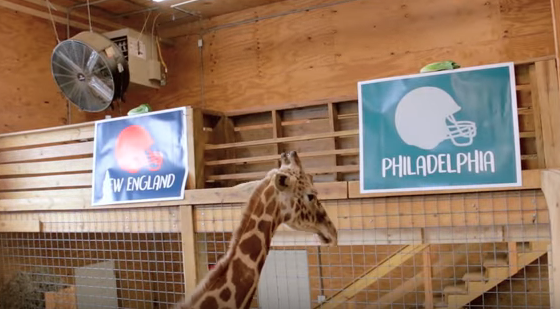 The keepers at April’s zoo put two piles of leaves in her pen, one pile above a Philadelphia Eagles sign, the other above a New England Patriots sign.  Although April started off being closer to the pile of leaves above the Eagles sign, she did mosey on over to the left where the Patriots sign was hanging, and started to munch on those leaves.  If April’s prediction proves to be true, the New England Patriots will become Super Bowl champs for the 6th time!

Now if we head on over to Norwalk, Connecticut, we’ll find the Maritime Aquarium, where they have one of their seals make a Super Bowl prediction every year.  They admit that the seals aren’t all that accurate with their picks, being 0 for 5 until last year when they finally got one right!  This year 35-year-old Orange was the chosen seal to make the prediction.  Pictures of helmets from both the Patriots and the Eagles were lined up for Orange and she was asked to swim up to the tank window and put her nose on one of the team photos.  Orange did not side with April the Giraffe however, as she ended up choosing the Philadelphia Eagles as her pick! 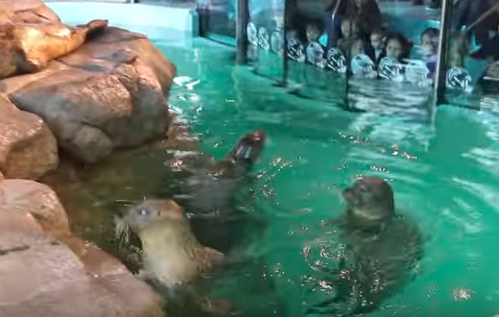 So we’ve got one pick for the Patriots and one for the Eagles, we’ll just have to wait and see who ends up being right on Sunday!