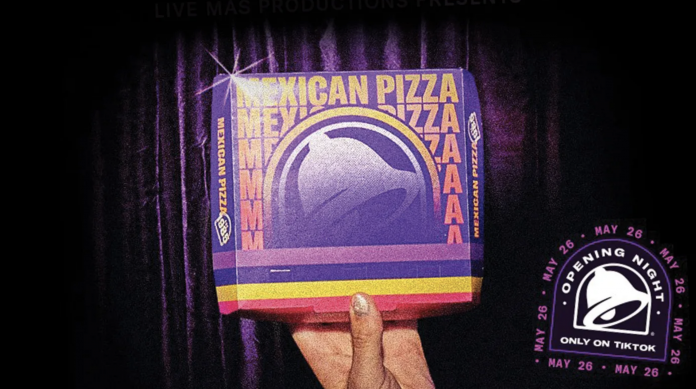 UPDATED: Since the publication of this article, Taco Bell has officially removed the Mexican Pizza from the menu.

Original Story: Taco Bell’s Mexican Pizza came back last week and it might already be on its way out, The Street is reporting.

According to The Street, a Reddit user posted a screenshot of of an internal email from Taco Bell.

As you heard from us just a few days ago, the response we’ve been seeing to the Mexican Pizza is tremendous and historic,” it read.

“We couldn’t be more impressed by how our restaurant teams have rallied around each other and served our customers to deliver a great experience.

“Because of the incredible love for the Mexican Pizza, we have begun selling out across the country. We will communicate this to our fans later this week. The Mexican Pizza will return later this year; you’ll hear more from us as that date approaches.

“We know seeing this product temporarily leave again so soon will be hard for some fans, but this is also an opportunity to continue fueling the Mexican Pizza love while ensuring you and your teams are set up for success in the week ahead.”

Another reader of The Street stated supply chain issues as the reason why the Mexican Pizza exiting the Taco Bell menu.

“The employee at the window said they were informed that due to supply shortage, the Mexican Pizza will not be available after next week while the company obtains more supply materials,” she said.

“She also said that this will be the standard practice until shortages are able to stay ahead of supply demands.”

It is likely that the Mexican Pizza can become the Taco Bell equivalent to McDonald’s McRib sandwich.