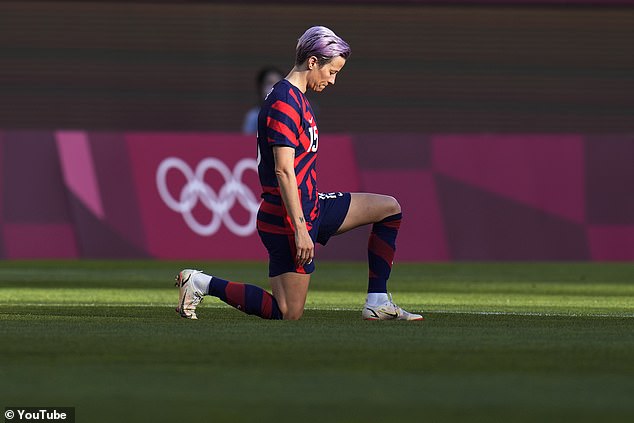 Olympic soccer star Megan Rapinoe is in a footlong battle with Subway franchisees.

According to the New York Post, franchisees of Subway are wanting to get rid of Megan Rapinoe after he latest controversies at the 2020 Tokyo Olympics. What was the controversy? Kneeling during the National Anthem at the Olympics.

According to the report, one franchisee claims a note was posted their door. The note reads “Boycott Subway until Subway fires the anti-American … Megan Rapinoe, the creep who kneels for our beloved National Anthem!”

The franchisee says “The ad should be pulled and done with,” the franchisee wrote of the Rapinoe spot. “It gets tiring apologizing.”

Other franchisees are upset that the focus of the ads are not the new changes made to Subway’s menu.

“Spending our money to make a political statement is completely and totally out of bounds,” an Arizona franchisee said on the NAASF blog about the corporate parent.

If Rapinoe loses her Subway gig, she still has many other endorsement deals.