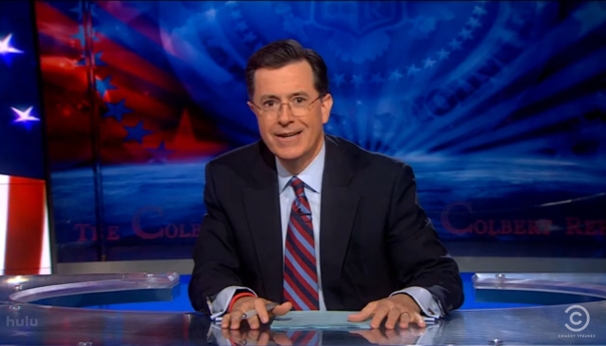 The only man more American than Captain America is Stephen Colbert, which is why he should be a shoe-in for his job.

The Falcon, who first appeared in Captain America #117 in 1969, is the first African American superhero to appear in mainstream comics. Even though Colbert won’t be the next ultimate American superhero, he took the news fairly well, glibly commenting, “well if there is one bird associated with America it is the falcon.”

As a consolation prize, one of Marvel’s artists was commissioned to render an image of Colbert as The Falcon. With his wild patriotism, let’s hope Colbert is at least given a cameo in the new Captain America series.