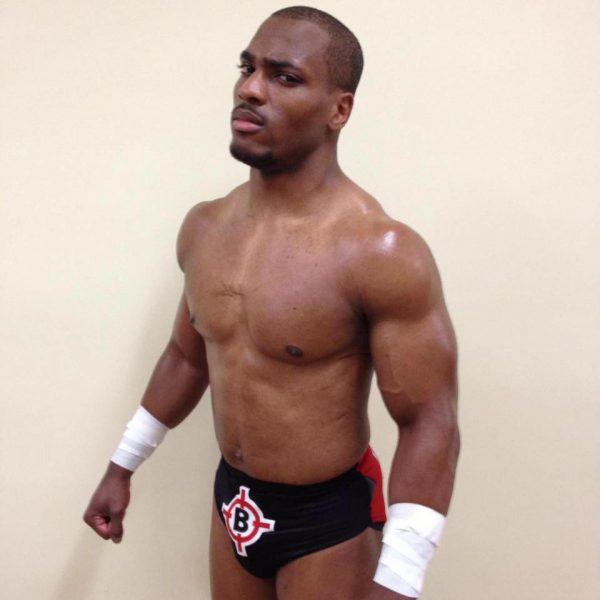 1. What led you to a career in wrestling?

Macho Man Randy Savage. After seeing him live, on television, or watching a video tape, and I was hooked. I said “that’s who I want to become. That’s what I want to do.”

My first match was a gauntlet match for a promotion called ‘Assault Championship Wrestling’. I was in the ring for only 2 minutes.

3. Who has been your favorite wrestler to work with so far?

Jay Freddie has been one of my favorite opponents. He has always tested me every time we have been in the ring.

Being able see the places I never thought I’d be able to see, and meeting people I never thought I would have met before. My least favorite part is wrestling hurts…but it’s what I signed up for and I’m loving everything.

6. What makes you unique, what do you do to stand out from other workers in your area or in general?

The era I was brought up in. I was around in 1999-2000… the wrestling business, style, and mentality was very different compared to now.

7. What is your gimmick/character and how did you come up with it?

I’m not a character, I’m just me. What you see is what you get as they say. However, some have made references to my style of that being a Chris Benoit, or a ‘Macho Man’ Randy Savage.

8. Who are your mentors?  Who has influenced your career the most?

I look at my mentors as everyone that has come before me and been able to provide feedback on my wrestling and presence in the ring.

9. What are your long-term goals for your career, where do you see yourself in 10 years?

I hope to be signed by that time and hopefully seeing those I have shared a ring with or a moment with, in the same company with me or signed to another company.

10. What advice would you give to up and comers trying to break into the wrestling business?

Find a good reputable school, one that has produced wrestlers that have received opportunities on a bigger stage.