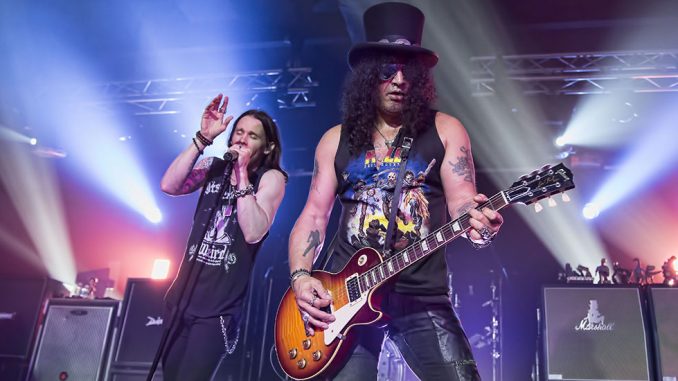 Slash took to TikTok to tease his long anticipated record with Myles Kennedy and The Conspirators.

In the short video, Slash says that this is “the best record” the band has put out and that they show “no signs of slowing down.”

The video also shares about 15 seconds of instrumental and a first look at a music video or live performance video for the record.

Slash announced last month a record deal with Gibson Guitars for the next record. It has been highly anticipated that the record will come out in quarter 1 of 2022.