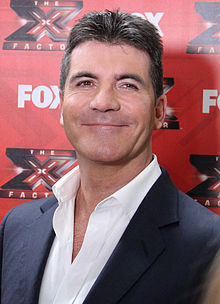 Simon Cowell called into Ryan Seacrest’s Los Angeles’ radio show to talk X Factor USA, as well his baby on the way. When asked what he’s having, Simon returned by saying “We’re having a human”.

The banter between Seacrest and Cowell took us deep into Cowell’s former thoughts on parent hood and Cowell said “I was affraid of who I would have a child with.” With all of that being said, Cowell seems excited to start a new chapter in his life.

Then the two began to talk about The X Factor judges, and Cowell cracked a joke about how Ryan was the season why there are three girls. He also goes into detail about a new round.

Make sure to tune into the X Factor tomorrow night!