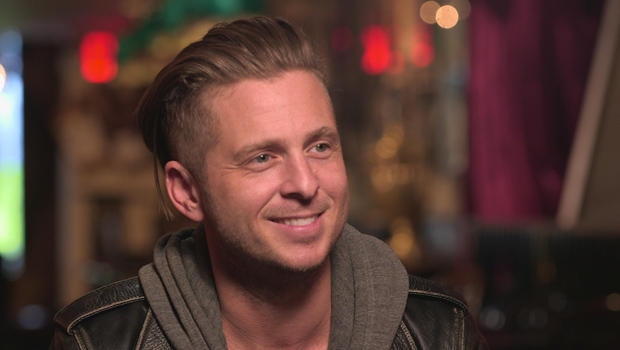 Ryan Tedder has worked on NBC’s The Voice as an in-house mentor and producer for the show. Now, he’s a cast member of NBC’s Songland.

Ryan Tedder is one of the songwriters and producer on the NBC Show, Songland. Songland is the song writing competition show executive produced by former Voice coach, Adam Levine.

The concept of the show is a bit of Shark Tank meets American Idol with song writing. Aspiring songwriters come onto the show, sing their songs in front of the shows cast of songwriters and producers and a potential artists.

The artist then picks 3 songs from the contestants that they are interested in. After that, the producers and the songwriters begin to rewrite the song for the artist they are pitching. Eventually, the artist selects a song to record and release.

Tedder spoke with Jimmy Fallon about how he ended up on the show. Originally, Tedder was bring pitched on replacing Adam Levine on The Voice a few years back. According to Tedder, he got a call from NBC saying that Levine wanted a break and if he would be interested. When Levine decided not to take a break, they pivoted to pitching Tedder Songland.

“I initially got pitched four years ago on potentially replacing Adam on The Voice because he was just tired. He was like, ‘I think I’m going to step off for a minute.’ They called to see if I would do it,” Tedder, 39, recalled. “And before I could even decide, they called back and said, ‘False alarm. He’s back on but we have this other show that you might be better for,’ ” the three-time Grammy winner and OneRepublic frontman said.

Levine almost leaving The Voice ended with Tedder getting a gig on Songland.