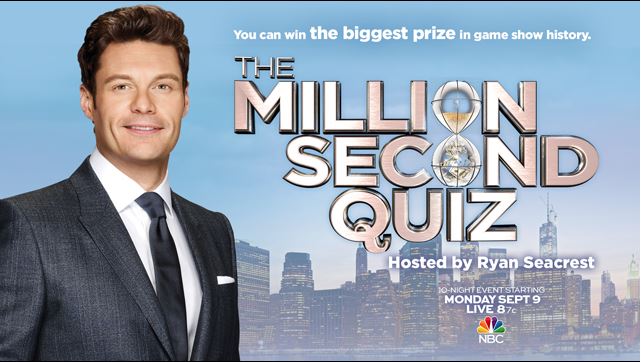 Rumor has it that Ryan Seacrest and NBC are close to finalizing a deal that would make Ryan Seacrest the Host and Executive Producer of a game show that is in the works.

One of the busiest men in entertainment could soon find his schedule a little more packed.

EW has confirmed that “American Idol” host Ryan Seacrest is close to reaching an agreement with NBC that would put him at the helm of the network’s upcoming reality series, “Million Second Quiz.” If reached, the deal would also make him an executive producer.

Seacrest, whose production company is responsible for “Keeping Up with the Kardashians,” also hosts a daily morning show, “On Air” with Ryan Seacrest and “ABC’s New Year’s Rocking Eve,” on top of his “Idol” duties.