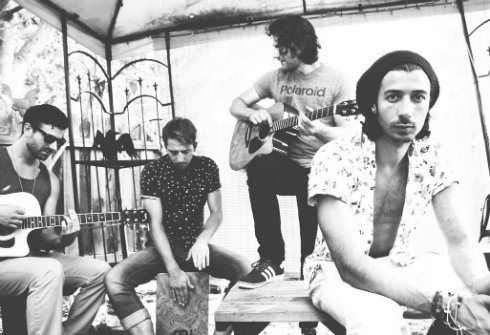 There’s a song that’s bee played a lot in Australia recently (reaching #2 on the Aria music chart here), and it’s possibly one of my favourite songs at the moment! L.A based (but originally from Canada) band MAGIC! have released a song called rude, which (if you haven’t checked out) I most definitely recommend you have a listen!

It took me a while to actually realise what the song meant but after sitting down and listening to it I now know it’s about a man who is attempting to get his girlfriend’s dad’s permission to marry her (you’ll have to watch the video clip for the happy ending).  After hearing it once you’ll be singing it all day it’s a pretty catchy song.

Although I couldn’t find much information on the band you can follow them on Twitter @ournameisMAGIC to keep updated with what the band are doing and watch their video clip on their YouTube or click the link below:

Rude has such a smooth “chill” sound to it, the dancing in the band wide-shots is just too cute to handle and the clip seems like it has an older feel to it.  Although it’s currently winter in America and doesn’t seem like a “wintery” song, it’s perfect to listen in during Australia’s summer!  Just to have that reggae sound playing in your ears mixed with the sound of waves crashing into the shore, sounds like magic to me!  (See what I did there?  I know, I’m lame)