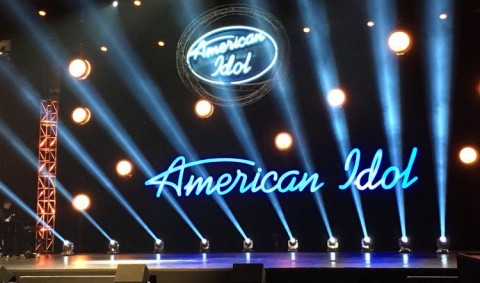 Ruben’s Rockin Top Ten is back for a very special One Week Only. In tribute to American Idol being in full swing, i just wanted to share my favorite Top Ten American idol covers. Hope you enjoy!

When Carrie does this song, it is one of the most powerful songs i have ever heard. But, when Danny does it, it really tells the story of the song and brings it’s intensity to a whole new level, making it even more powerful. Now, if only Carrie and Danny could do a duet…Hey! I can dream cant I?!?!

During Rock week, both men, who were not rockers, shocked the world with this amazing Rock cover. It blew me and many other people away. This song is an impressive song to start with, but when you add Kris’s soft vocals and Danny’s raspy voice, it brings out the best of both men.

7. Adam Lambert does “Mad World” from Tears For Fear

I like this better than the original. It was a much slower, and more personal. Many people feel that he ruined it, but I’m one of few that feels he improved it.

Carly Smithson, one of the forgotten favorites from season 7. This song added a rocky blues overtone that the Beatles incarnation didnt have, combine that with Carly’s ‘Rocker Chick’ roots made this song HOT!.

Johns added a vocal level that Aerosmith lacked on the original. This song has a different rocky edge that was missing from the original. Unfortunately, the scream killed the song. Only Stephen Tyler can pull off that scream.

Who knew that David Cook would end up making this more like his sound. His debut album sounded a bit like this. But as far as this song goes, he dreamed big and he found that dream was true. I love it.

David Cook took a great song, and he took it to a whole new level. The rock side of this song was brought out, giving it a whole new twist, and introduced it to a new audience, relaunching the song.

David Cook is one of the best researchers in Idol history. He found this version of his song, and it was an amazing version. Brings this song to the highest level of music.

One of the best songs on American Idol season 8. This definatelly showed us who was gonna win that season. This cover was creative, and it showed off his skills as a musician.

You can find me on Myspace now, www.myspace.com.rubenjaymediamouth or email me rjp@multimediamouth.com.