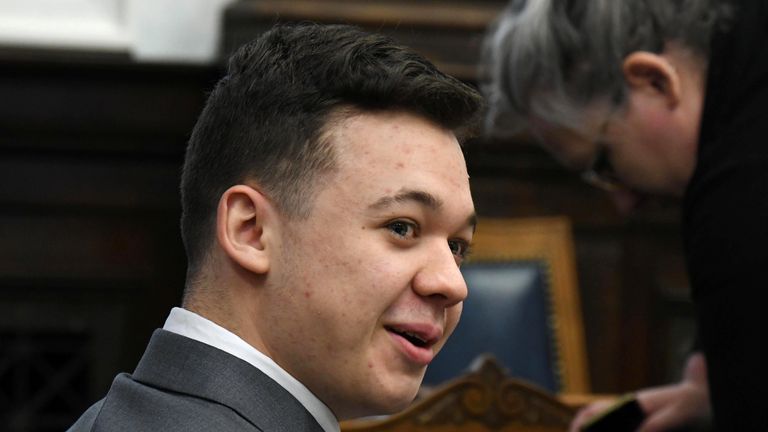 Kyle Rittenhouse is a free man. On Friday November 19th, 2021, 18 year old Rittenhouse learned that he was found innocent on all counts charged against him, including murder.

Rittenhouse was accused of: murdering two men, shooting another, and endangering many in a Kenosha, Wisconsin court house. Rittenhouse claimed self defense from day one, while the left and mainstream media called him a “white supremacist murderer”. Joe Biden ran a campaign ad about how Rittenhouse was a danger to the safety of minorities in the United States.

There’s no other way to put it: the President of the United States refused to disavow white supremacists on the debate stage last night. pic.twitter.com/Q3VZTW1vUV

My faith in the American justice system has been utterly restored. Unlike the Derek Chauvin case in Minnesota, Rittenhouse had a fighting chance. The video evidence was on Rittenhouse’s side. Chauvin’s situation came down to mass hysteria from the media. Chauvin may have been guilty of manslaughter or reckless endangerment, but he for sure was not (in my opinion) guilty of murdering George Floyd.

Rittenhouse was painted as a murderer from the moment the news of him shooting people in Kenosha broke. It was going to be difficult for Rittenhouse to get a fair and impartial jury. The jury pool had witnessed their town be burned down. Their town had been struck with a high profile police shooting. And then, according to the media, a white supremacist walked into their town with an illegal AR-15, opening fire on a bunch of innocent protesters.

Every commentator, from Ben Shapiro to Megyn Kelly, thought the jury was either going to be a hung jury (meaning no verdict could be reached), or a conviction, because of how long the jury took. The jury took four days to come to a verdict.

In all honesty, I was worried. I was worried that a juror would want to convict simply on the merit that they didn’t want Kenosha to burn once again. Their possible left-leaning tendencies could have cost Rittenhouse his life.  There was fear that in order to keep the peace, the jury would convict.

What the Rittenhouse trial and acquittal taught me is this: The American system works. The jury did their job and it worked.