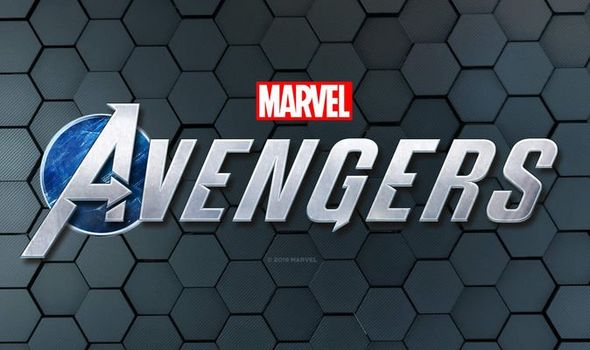 Marvel’s The Avengers had to be one of the most polarizing games I have played all year, on one have you have a clearly unfinished game but on the other hand, you have a really fun action game with the worlds greatest heroes. I love Marvel and have wanted this game since the MCU first started but it has so many problems from glitches that re-lock skins to straight-up crashes. This is truly a tale of two cities when it comes to this game because there are two great games mesh together in a way it doesn’t need to be.

Will start with the campaign for this game I love every character in this game the voice cast truly has some of the most legendary voice actors in gaming. From Troy Baker to Laura Bailey they are all great and capture a whole new side to these heroes. As someone who comes from reading the comics, I can really see the differences from the MCU counterparts that they are getting compared to.

This leads me to the two not as well know voice actors Jeff Schine who plays Captain America. He brings that great level of righteousness to the character that I love. Once you see Cap I felt like I was seeing an old friend who you wanted to follow into battle. Now the other voice actress who is a lot newer to the scene is Sandra Saad who plays Kamala Khan AKA Ms.Marvel and oh my god she is the very heart and soul of this game.

I was sold on Kamala as soon as the game opened up with her and her Abu (Father). She reacts to meeting The Avengers and being a huge fan of them the exact way I would have. She was so relatable in a way to me that not even Peter Parker in the MCU felt like. She is this story’s main character and I felt makes the whole rest of the cast that much better as characters because we get to see a different side of them from what we are used to. One of my favorite interactions is between her and Tony Stark when she is feeling awkward in her costume. He didn’t make fun of her he was there for her like a big brother and you really feel she is just as excited to be there with The Avengers as I was.

Overall, the story first two acts are much stronger then it’s third where you can clearly tell they cut stuff out. For example, Dr. Tarleton just all of a sudden becomes M.O.D.O.K. without really any reason for the name change at all. It felt like there is so much missing in the third act I felt like that was because this is a game as a service and maybe was getting rushed out because other unforeseen issues.

The last thing that made me disappointed beyond all belief is that there is no back up saves files so once you beat the story your done and can never play it again unless you want to delete your current save and lose all of your multiplayer progress as well. It’s disappointing and I hope Crystal Dynamic will add a fix to that part soon.

This leads me to the other side of this game Avengers Initiative while you can tell this is clearly the stronger side of the game the first problem is they open up all of these other currencies and modes without any indication as to what they do or how they work. Now I have no problem not being handheld by any game I feel here we really needed to know what we are supposed to be doing with all of the useless items we are getting.

On top of that be ready for a grind if you are not a grind type of player then this side of the game might not be for you to play at all. This is the first game as a service style game I have played that I am having fun playing. It just sucks that we have to figure out what we are doing all on our own without any help from the game at all.

The gameplay itself is amazing everything plays in a way that makes sense to me my favorite being Iron Man. Everyone has so many options on how to make a build that will work for whatever mode your playing in. While this game is a 4-player co-op game with all the bugs in this game I am having much more fun just playing on my own.

Speaking of bugs this game has more then I have seen in a launch title in a long time. I’ve fallen through the floor, lost one of my favorite skins (Still haven’t gotten it back either), crashed my whole Xbox One S, and had massive framerate drops. The most annoying of these was losing a skin all you can do if this happens is wait for a patch which according to the devs is coming very soon. It amazes me the devs let this game come out this broken at all when it clearly shouldn’t have.

From a great story to a bug filled multiplayer this game is a combination of fun and pure frustration. There is a truly great game within this game and I am hoping that in a year when I take another look at this I hope I can give it a higher score. Because I truly can’t put the game down I love playing as The Avengers they are all fun and unique in their own ways. It was clear this game needed at least six more months of polishing and you might have had a much more incredible game. For now, I am giving this game a 7/10 for an amazing story that is stuck in an unfinished game as a service style of game. I highly recommend playing this game in like six months it will be much more smoothed out hopefully by then. But only time will tell.