Rambo 5 gets a title 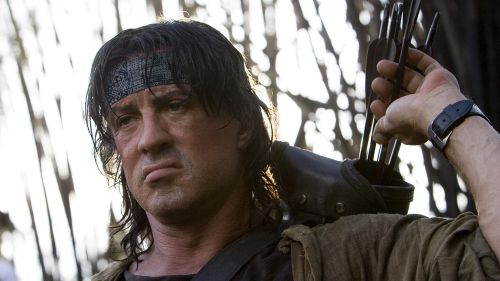 Sylvester Stallone announced recenlty that the next Rambo movie will be called Rambo: Last Blood.

Stallone announced that he will be working on another film after he’s finished with Last Blood. Since the last Rambo movie in 2008, Stallone has been contemplating retiring the series. This could be the final showdown.

Stallone will be returning to another familiar franchise this month. He also tweeted that he’s headed to Philadelphia to play Rocky Balboa for the seventh time in director Ryan Coogler’s “Creed.” He’ll play the trainer of Apollo Creed’s grandson, portrayed by Michael B. Jordan. Coogler last directed Jordan in 2013’s critically acclaimed “Fruitvale Station.”