The Race For Gold: Wild 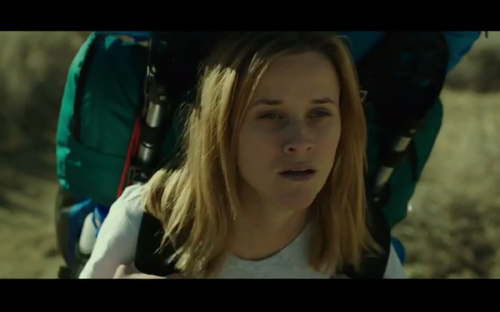 The Race for the Gold: Movie Awards Season

I saw “Wild” this week. I also read the book.

I’d like to talk about what an amazing year the two female stars have had. In a year of very few strong women’s performances, these women have outperformed in the area of successes.

Reese Witherspoon not only starred in “Wild”, but she also produced that movie, has a supporting role in “Inherent Vice”, and produced “Gone Girl”! She’s already been nominated for a Golden Globe and SAG award for her performance in “Wild”. Laura Dern not only has a very strong and memorable performance as a supporting character in “Wild”, but she also earned awards buzz earlier this year for her supporting role in “The Fault in Our Stars.” She’s also gaining notice in film festival circles for her role in next year’s “99 Homes”.

Let’s look at the chances the film and talent has during awards season.

The film will probably be nominated for an Academy Award, now that rules have relaxed and up to 10 movies can get the nod. Witherspoon is a shoo-in for a nomination as well. Dern should get one for one of her performances, but she may also cancel herself out in the voting because of the two-films issue. Also, any performer’s chances go down in a year Meryl Streep makes a movie.

Here’s the biggest problem… I didn’t like “Wild”. I thought Witherspoon was trying too hard to be a “bad girl” with the film’s depictions of drug use, depression, promiscuity and illness. I didn’t buy it. I also feel that if you haven’t read the book, you may, pun intended, get lost in the story. The audience I was with all gave a collective “Huh?” at the end of the movie. To sum up: definite nominations for “Wild” and “Witherspoon” and a maybe for Dern.

I screen two big movies in the next few days, let’s check in again next week! Because she is a working entertainment industry union member who votes for movies and performances during awards season, our columnist will be known here as Mrs. Norman Maine. She has made films and taught film classes in higher education settings. Many of the year’s best films are available to stream, download or purchase on amazon.com.