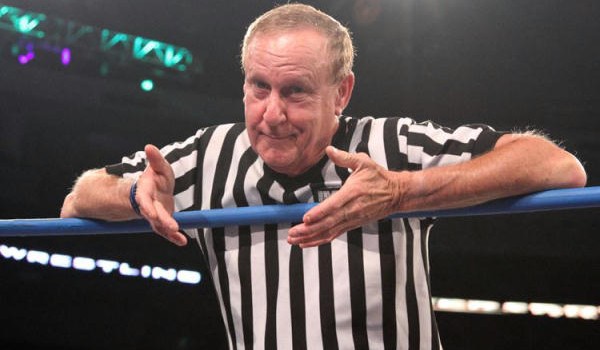 On if he is signed to any promotion:

“We thought the new company had it all worked out when they bought it, but they’ve been having financial problems,” said Hebner. “I feel like I’ve been paying them. It’s been pay cut after pay cut, so I asked for my release. Some of the wrestlers were only getting paid $100 a day. That’s a slap in the face to the wrestlers.”

“My son, Brian, also wanted his release, and then they asked Brian Stiffler to be the senior ref,” said Hebner. “But the money he’d have made there would have been spent on expenses on the road, so he quit too”

“They wanted local refs because it was cheaper,” said Hebner. “But that’s a risk, especially when it’s live. They wanted to take a cheap route, but as the old saying goes, you get what you pay for.”

On Going Back to WWE:

“I would love to go back to WWE and finish my life in this business right there,” said Hebner. “Vince McMahon was always good to me, and he gave me the opportunity to be who I am and what I am. I would love to go back and, if nothing else, do one more match to say thank you very much for what you’ve done for me.”